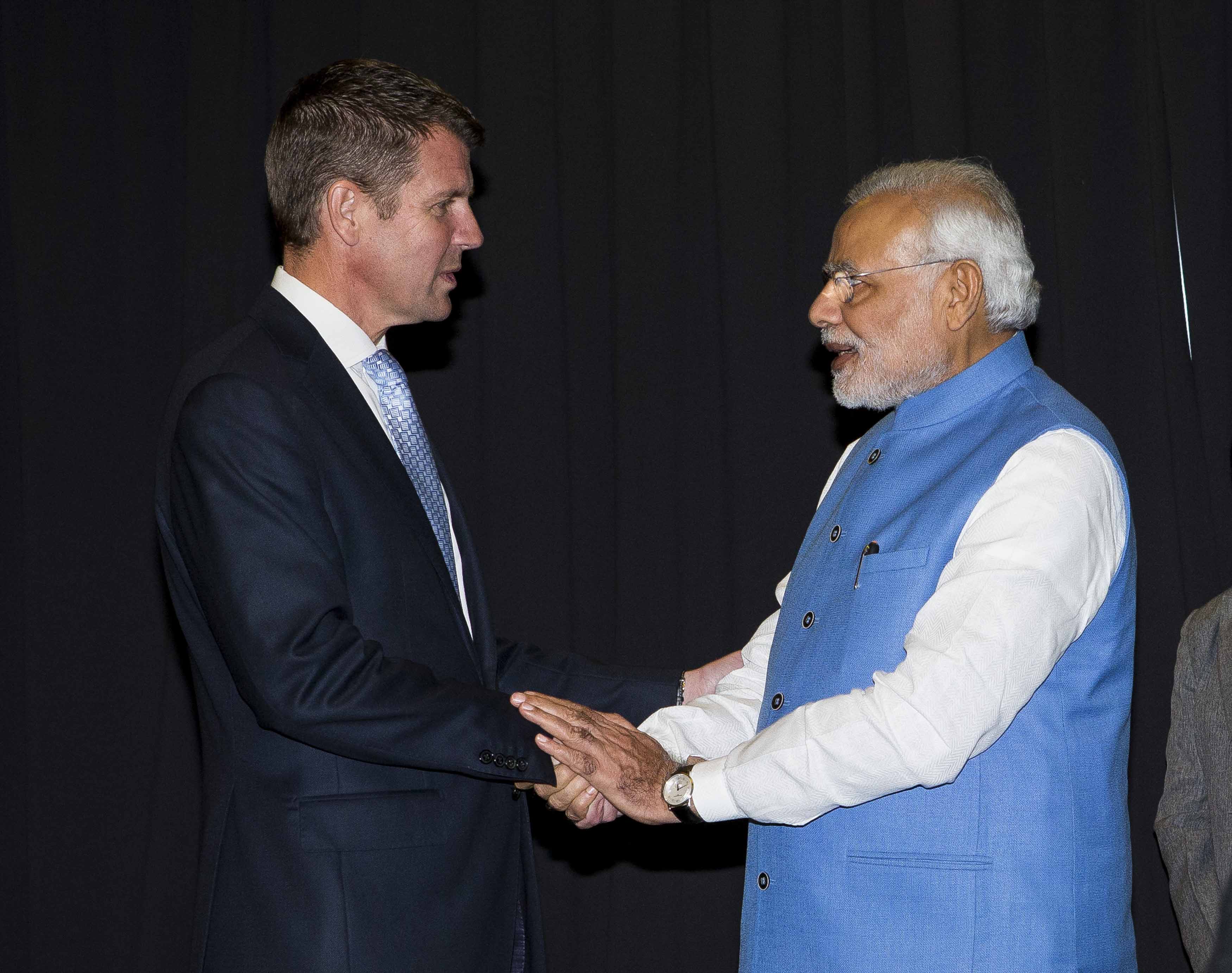 At a reception held for the Indian community of Australia in Homebush, Premier Mike Baird had a meeting with Indian Prime Minister Narendra Modi. “It is a pleasure to be meeting with Mr Modi in Sydney, especially as it is the first Prime Ministerial visit from India in 28 years,” said Mr Baird who also met with Mr Modi privately before the community reception, which was held at Sydney Olympic Park and attended by thousands of Indian Australians.

“Mr Modi is known as India’s infrastructure Prime Minister who has outlined a trillion dollar plan to create a better India. Like Mr Modi, I am committed to making a real difference and my plan will aim to ensure we’re rebuilding NSW and making it a stronger and better State for all,” he said adding that he would be promoting NSW’s strengths to identify areas to share knowledge with India to help realise each other’s bold plans for the future.

“More than 95,000 people living in NSW have Indian heritage and we greatly value the contributions this community has made to our multicultural society. “The sheer number of people who have turned out to hear Mr Modi speak is a testament to his popularity and the belief and expectation the global Indian community has in him. “A similar event held at Madison Square Garden in New York in September was attended by about 19,000 people and tonight’s event has attracted similar numbers,” Mr Baird said.