Sydney (Press Release): NSW remains one of best places in Australia to find a job with the unemployment rate remaining at near-record low levels.

The latest ABS Labour Force figures, released today, for December shows the NSW unemployment rate was steady at 4.3 percent, just 0.1 per cent above the all-time low.

“NSW continues to power the nation because this Government is building more schools, hospitals, transport and other critical infrastructure our community needs than at any other time in our State’s history,” Mr Perrottet said.

“I cannot think of another jurisdiction anywhere in the world committed to building three metro rail projects, five new motorways, 40 new and upgraded hospitals and 170 new and upgraded schools across the State.”

“We are transforming NSW into a world class state with the best schools, hospitals, transport, sporting and cultural facilities in the nation. We can only do this because we manage taxpayer money well.”

Today’s data highlighted that 94,300 jobs were added in NSW last year while 374,900 jobs had been added since the last election, two-and-a-half times the NSW Liberals & Nationals election commitment of 150,000 jobs.

Yet again the NSW’s youth unemployment rate is the lowest of any state, and more than two percentage points below the rest of Australia.

Mr Perrottet said the Government’s record public investment was creating tens of thousands of jobs and had helped boost the State’s economic growth by half a percentage point in 2017-18 and is expected to do the same in 2018-19.

“These record investments have been made without plunging the State into debt, while at the same time we have lowered taxes with steady budget surpluses forecast over the next four years,” Mr Perrottet said.

“NSW Labor and Captain Cancellation want to scrap vital projects such as the F6, the Western Harbour Tunnel and Northern Beaches Link and the Sydney Metro Southwest rail line, which would see more than 20,000 jobs disappear from the economy.”

“NSW Labor and their failed finance minister know how to promise everything and deliver nothing.”

“We have done more since coming to office than the Labor did in 16 years.” 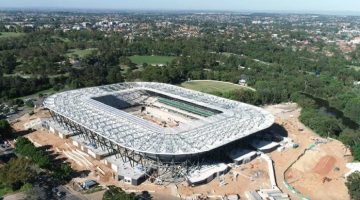 ONE MILLION REASONS TO CELEBRATE ACTIVE AND CREATIVE KIDS