Sydney (Press Release): Minister for Jobs and Investment Stuart Ayres said the Government’s 2019-20 NSW Budget is maintaining a strong focus on delivering jobs for the people of the State. 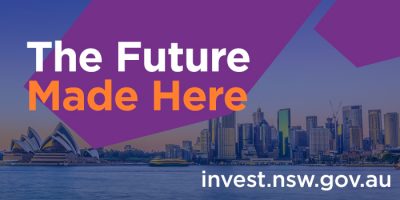 “Over 670,000 jobs have been added in NSW since 2011 and NSW continues to be the jobs powerhouse of the nation with an unemployment rate of 4.6 per cent,” Mr Ayres said. “Regional NSW is also experiencing an employment boom with nearly 15,000 jobs added jobs over the past year. The NSW Government has smashed its four-year jobs target of 30,000 for the regions with 95,600 jobs added since 2015.
“The NSW Government’s record spending on infrastructure is supporting record low unemployment across NSW. Critical to further job growth is investment in new employment precincts. We will continue to grow our startup ecosystem with our plans to establish the Sydney Innovation and Technology Precinct between Central and Eveleigh.
“Other employment precincts being developed include the Western Sydney Aerotropolis which will be home to a range of industries from aerospace and defence to agribusiness.
“Building further on this growth, NSW has invested in over 500 companies with the creation of over 14,294 jobs and we are on track to create 20,000 new future-focused jobs by 2021.
“The NSW Government’s $35 million investment in the Sydney Startup Hub has provided an important part of our vision to support innovation and create new, high-value jobs of the future.
“With more than 480 startups in residence, the Sydney Startup Hub has become the home for startup activity in NSW and Australia.
“Hundreds of successful startups have emerged from the Sydney Startup Hub with many attracting significant venture capital and angel investment like XM Cyber ($22 million), AI Unleash ($4.75 million) and OOVVUU ($8.5 million).
“In our regions, NSW’s $2.1 million Local Innovation Network is helping startups and small-to-medium businesses thrive in seven locations including Byron Bay, Coffs Harbour, Armidale, Newcastle, Bathurst, Wollongong and Wagga Wagga.

Next post A STATE-BUILDING BUDGET FOR A BETTER FUTURE