My 10-Point suggestions for Karachi

An ordinary mind can understand that a system which has been built on divisions, discrimination, and corruptions cannot be fixed by targeted operations, reshuffling of administration heads, and reallocating powers from one law enforcement agency to another. 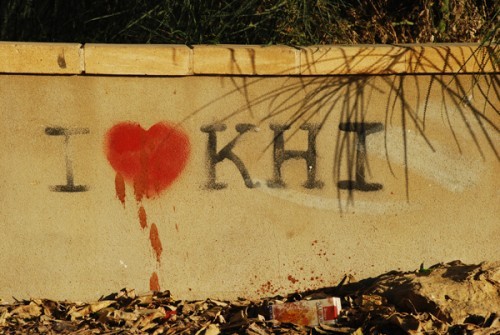 Indeed, Karachi’s problems are multidimensional today but root-cause of these problems are 40 years old unjust and corrupt system. The seeds of this unjust system were sew through the implementation of Quota System by the Zulfiqar Ali Bhutto’s PPP government through in the government jobs and professional educational institutes dividing Sindh on the basis of linguistic demographic on the name of providing opportunities to the people rural areas. Karachi’s problem is an administration failure due to corrupt and incompetent officers working now almost in every government departments including judiciary and police. This corrupt system and its management are composed of corrupt, prejudiced and incompetent officers who are the product of corrupt politicized and discriminative system not only in Karachi but in entire Sindh and that Quota System played a vital role beside elements of corruption.

These racist and corrupt landlords-cum-politicians especially from Pakistan Peoples Party Sindh claims that everyone in Sindh, Sindhi or Urdu Speaking are equal and Sindhis, then how can they justified the fact that:

How come these major key political parties, PPP, PML (N), MQM and ANP who, at one time or another playing blame on each other, and then singing a chorus of bringing peace in Karachi?

My answer is simple; these political organs in Sindh and ruling force have been failed to provide peace and harmony to the citizens of Karachi. And unfortunately, Pakistan army is failed to launch a crackdown against them.

They called it a democracy and their democratic system in Sindh, where Chief Minister of Sindh is decided by a person sitting Dubai – Asif Ali Zardari – the most corrupt person Pakistanis have ever experienced. The entire Sindh government is running through his decision.

From PML (N)-led government’s operation of 1992 in Karachi that delivered extra-judicial killings of hundreds of people and made MQM stronger and a party of victims to Benazir Bhutto’s operation clean-up led by Naseerullah Babar that also ended with thousands of arrest and hundreds of extra-judiciary killings and made further MQM a voice of Urdu-speaking, then almost 10 years rule of MQM in Karachi in General Musharraf’s, and today the most corrupt and criminalized government of Sindh failed to provide basic needs and security to an ordinary citizen of Sindh. These corrupt political mafia have always put up their vested interest first and peoples’ interest at the end. PPP a party of the landlords in Sindh could not change the life of an ordinary Sindhi in rural Sindh, MQM a party that was created on the name of delivering basic rights to the Urdu-speaking of Sindh could not fight to abandon quota system, PML (N) who failed to maintain any voting mandate in Sindh and claimed a national party, and a Karachi wing of ANP which could not deliver for the betterment of hard Pushtoon labour in Karachi except exploit them on the name of Pushtoon Quom (nation) have just dividing the ordinary citizens of Sindh.  These key political players in Sindh politicized the entire government machinery in Sindh and the administration & local government system is in the hands of political criminals and blackmailers.

We all understand that unjust and unfair means of running a system of government create corrupt and incompetent administration and this has what been happening in Sindh for the last 40 years. There is unbelievable corruption in Police, Income Tax, Custom, KPT, PIA, Karachi Steel, autonomous bodies, Local Governments and Judiciary System that an honest person cannot survive to work there. A father cannot make a birth certificate of his new born child without paying a bribe to a council’s clerk, so how can you provide justice, fairness and a clean environment to that child to grow and be a responsible citizen of the state. A city where no jobs for educated youth, no safety for an ordinary citizen on roads, where bread is expensive than a bullet how can you expect peace and harmony in there and how can targeted operations and raids can resolve the problems. Even, now they cannot clean the streets of Karachi – this is purposely being done in order to further agitate the ordinary citizen of Karachi so that they can come out on street and these criminalized and racist police can kill them like animals.

How can target killings, looting and shooting can be controlled the Sindh Police which is the production of corrupt system. Many criminals have been arrested by the rangers on spot and found them as in service policemen. That is why this targeted rangers’ operations have failed and will continue to fail until the entire system is cleaned from corruption and unjust system. But the most danger scenario now is that these gangsters have deeply rooted links with powerful political and other forces and the chances are if rangers attack on them they will repulse badly and that may lead to a civil war type situation which perhaps may be the ultimate plan of the elements behinds these gangsters in Karachi.

As for as the solution for Karachi, it is not something complicated or beyond any resolution. In my suggestion, Karachi’s administration should be based on other international cities in the world and that is:

(The writer is a Sydney-based journalist and a political analyst)

AUSTRALIAN GOVERNMENT MUST BE APPRECIATED ON REMARKABLE COVID-19 PREVENTATIVE MEASURES