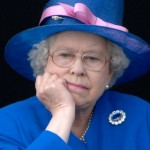 The visit of Prince Charles, welcome though he is, should remind most Australians that the monarchy he represents plays a most unwelcome role in Australia’s governance.

The removal of the monarchy from our Constitution is the aim of a new petition – No Queen by 2015 – which can be signed online at http://www.communityrun.org/petitions/no-queen-by-2015.

Over the next week, media attention will no doubt focus on the character and personal qualities of our future King. Any trust placed in the monarchy however is irrelevant, because invariably the powers of the Crown are not exercised by the Queen herself, but by others with a political agenda.

What really matters are the powers which are exercised in the name of the Crown. In 1999, the republicans proposed to transfer the powers of the Queen and Governor-General to an Australian President. This partial abolition of monarchy – or rather the creation of a substitute Australian monarch – was rejected. What we need to do is abolish the whole concept of monarchy by removing the powers of the Crown. This is proposed in the Advancing Democracy model set out at www.advancingdemocracy.info.

Australians should ask themselves why, once we have elected a Government, that Government needs to be appointed and can be removed by the Governor-General. This ancient royal power was abused in the 1975 constitutional crisis by a Governor-General who acted in a politically partisan way. It is simply foolish to think this could not happen again.

All the powers of the Crown under the Constitution operate as limitations on democracy. All such limitations should be abolished, not transferred to a pretend Australian monarch, even if he or she is a ‘resident president’.

When the froth and bubble of the royal visit has died down, Australians should think seriously about our future governance. They should ask their Parliamentarians to submit the Advancing Democracy proposal to a referendum. After all, since 1975 we have never been given the chance to vote for a better system. For further inquiries contact, Philip Howell by email; philip.howell@advancing.democracy.info