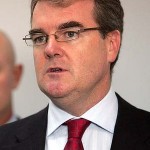 New ABS figures released today show that only 970 first home buyers received finance to purchase a home in January 2014 – the third lowest number recorded in a single month in 20 years.

The January statistics signal that 2014 is looking just as bad for first home buyers as 2013. During the 2013 calendar year, just 13,023 first home buyers received approval to take out a home loan – a massive fall from 22,350 in 2012 and 30,422 in 2011. NSW Opposition Leader John Robertson said the data provided further evidence that the first home buyer market in NSW is in crisis as a direct result of two O’Farrell Government policies:

“The State Liberal Government’s cuts to first home buyer assistance have had a devastating effect on families right across the state looking to buy their first home.

“Barry O’Farrell has turned the First Home Buyers Grant into a shadow of what it used to be – while at the same time offering a $5000 free kick to foreign investors.

“This combination of policies is simply preventing more young families from buying their first home and realising their dream of home ownership.”

Shadow Treasurer Michael Daley said: “The number of home buyers across NSW has been in freefall ever since 2011 – and the January data is only cause for further alarm.”

“The Government must shut down the $5000 incentive for overseas investors immediately – because young couples doing the hard yards in NSW are being crowded out of their own property market. In a nutshell, it’s time for Barry O’Farrell and Mike Baird to correct their policy settings and admit they screwed up.”