US ambassador to Israel opposed the move of constructing 1,500 new homes in the occupied territories.

Ramallah, occupied West Bank – Less than a week after a Palestinian government of national consensus was unveiled, Israel announced it would beef up its settlement expansion by advancing plans for 1,500 units in the West Bank, including East Jerusalem. 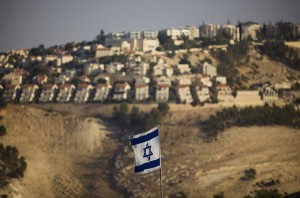 In a statement released on Thursday, Israel’s Housing Minister Uri Ariel called the announcement – the first since Israel halted peace talks in April – a “proper Zionist response to the establishment of the Palestinian terror cabinet.”

Chief negotiator Saeb Erekat said the Palestinians were weighing a response to the Israeli announcement, which he called a sign that Israel wanted an “escalation.”

“Israel is using Palestinian national unity, a step welcomed by the international community, as their excuse to continue the colonisation of Palestine,” Erekat said.

Dan Shapiro, US ambassador to Israel, also condemned the Israeli move. “We oppose settlement construction in the West Bank as well as announcements regarding such construction,” Shapiro told Israel’s Army Radio. “We would do so with or without this disputed case of a new Palestinian transitional government.”

On Monday, Hamas and Fatah pieced together a government of independent technocrats that would pave the way for elections in the West Bank and Gaza Strip in six months.

The move was met with ire by Israeli authorities, who immediately announced punitive measures that included plans to withhold tax monies they collect on the Palestinians’ behalf. Israel said it would not negotiate with the Palestinians in light of this new government, which it would also hold responsible for any rocket fire from the Gaza Strip.

This announcement came despite Palestinian President Mahmoud Abbas’ repeated reassurances that the new government would only plan for upcoming elections, and that the Palestine Liberation Organisation (PLO), which he heads, would continue to be in charge of peace negotiations. Presidential spokesman Nabil Abu Rudeineh said the Palestinians would respond with “unprecedented measures” to the Israeli settlement announcement, but did not clarify further.

The announcement by Uri, himself a settler from Kfar Adumim, comes as Palestinians commemorated Naksa Day when Israel occupied the West Bank, including East Jerusalem, and the Gaza Strip in 1967.

Experts said the move is part of the right-wing governing coalition’s plan to consolidate Israel’s hold over the West Bank. “The coalition wants to create facts on the ground in the lead up to a series of unilateral moves in the West Bank,” said AbdelMajid Sweilem, a political science professor at Al Quds University.

Netanyahu had previously made a statement confirming that “the idea of taking unilateral steps is gaining ground, from the center-left to the center-right.”

According to Sweilem, the Israelis want to increase “land grab measures” in case they come up with their own solution to the conflict or one is imposed on them. “As the Arabs continue to display political and strategic weakness, Israel can continue to take over as much Palestinian land as it wants,” Sweilem said.

Despite Israel’s vocal criticism of the new government, it has yet to level any of the measures it said it would on the ground. Israeli authorities will also continue to coordinate with the Palestinians on a security level.

“Security coordination is sacred and will continue whether we agree or disagree on policy,” Abbas said in May during a meeting with Israeli activists at the presidential headquarters (Muqata’a) in Ramallah.