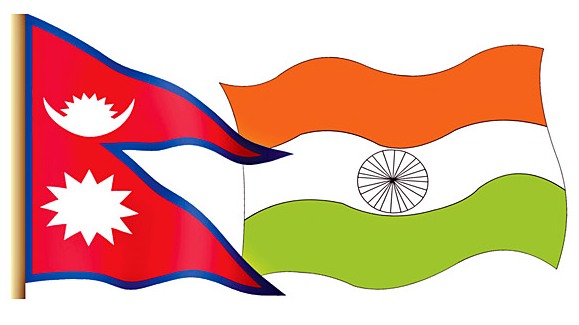 KATHMANDU – -Nepal and India have agreed to formulate a master plan for the period until 2035 and an action plan until 2025 on power trade.
The two countries will also hold a study on possible technical difficulties while interconnecting transmission lines.
According to a Nepali newspaper report at the first meeting of the secretary-level Joint Steering Committee and joint-secretary-level Joint Working Group in New Delhi on November 19, the two countries agreed to form two committees—one for preparing the master plan and the action plan, and another for identifying measures to resolve any technical problems that may arise in interconnection of transmission lines.
Keshav Dhowj Adhikari, joint secretary at the Energy Ministry and a participant of the meeting,
said the two six-member committees will have three officials from each country.
The two permanent mechanisms—Joint Steering Committee and Joint Working Group—were formed to monitor existing areas and explore new areas of cooperation when the two countries signed the Power Trade Agreement (PTA) in October. The committees will meet every six months.
Meanwhile, the two countries have also agreed to complete the Detailed Project Report (DPR) of the Pancheswar Multipurpose Project within the next six months.
A meeting of the Pancheswar Development Authority in New Delhi on Wednesday also decided to initiating the project construction within a year by making the authority functional.
The meeting also decided to award the DPR contract to Wapcos India, which was involved in merging and upgrading separate DPRs conducted by Nepal and India some two decades ago. “India has agreed to finance the DPR,” said Adhikari. “It is estimated to cost around IRs 300 million.”
The two countries also agreed to form an executive committee of the authority within a few months. “Further meetings are not needed for purpose, exchange of letters will be enough,” said Adhikari.
Pancheswar Multipurpose Project, which had been in a limbo for the last two decades, regained momentum after Indian Prime Minister Narendra Modi’s Nepal visit in August. Addressing the Nepali Parliament, Modi had announced the project would begin within a year.
Energy experts say the Pancheswar project is in favour of Nepal since two-thirds of the inundation area lies in India. Situated on the banks of the Mahakali River on the Nepal-India border, the project is expected to generate 6,720MW electricity. It will also irrigate 93,000 hectares of land in Nepal and 1.6 million hectares in India.
Since Nepal and India have already agreed to appoint a Nepali national as the project’s chief executive officer, the recruitment process is likely to begin soon.
As per the Pancheswar Development Authority statute, the governing body comprises of seven members each from Nepal and India, and co-chaired by the Energy Secretary of Nepal and Water Resource Secretary of India.
The statute states the CEO will be appointed every three years on a rotational basis. The statute also has a provision for an additional CEO.
It has been agreed the additional CEO and finance head will be from India, if the CEO is from Nepal and vice versa.