The United States’ National Aeronautics and Space Administration has released video of a successful test firing of the most powerful rocket to the Red Planet.

NASA has successfully conducted a test firing of its new, massive Space Launch System (SLS) deep-space rocket, on Aug. 18 at the Stennis Space Center in Mississippi, reporting no issues across the 7.5-minute duration.

This is the third successful test of NASA’s RS-25 rocket engine, and there will be three more in the coming months – all in preparation for when it will combine four of these monsters to fire humans towards Mars.

“It was absolutely great!”

Thursday’s full thrust RS-25 engine hot fire test, using engine No. 0528, ran for its planned full duration of 7.5 minutes and met a host of critical test objectives required to confirm and scope out the capabilities and operating margins of the upgraded engines ,which are recycled from the shuttle era.

“We ran a full program duration of 420 seconds . And we had no failure identifications pop up.”

“It looks like we achieved all of our data objectives,” Wofford elaborated to Universe Today, after we witnessed the test from a viewing area just a few hundred meters away, with our ears protected by ear plugs.

According to space shuttle astronaut Rick Mastracchio, the tests are being conducted on the space station to prepare technology for long solar system journeys, as well as commercial spaceflight companies’ development of new and efficient ways to get to space.

“SLS is going to be the most powerful rocket ever built when it’s done several years from now,” Mastracchio said in a report by Space.com. “It’s going to have to throw up all this hardware into low-Earth orbit so we can then take it to the moon and beyond, all the way to Mars.”

The SLS itself will be taller than the Statue of Liberty, and capable of carrying more than twice the payload weight of any of NASA’S former space shuttles. It’s designed to carry four astronauts at a time on board NASA’s Orion spacecraft, which had its first test-flight back in December 2014. 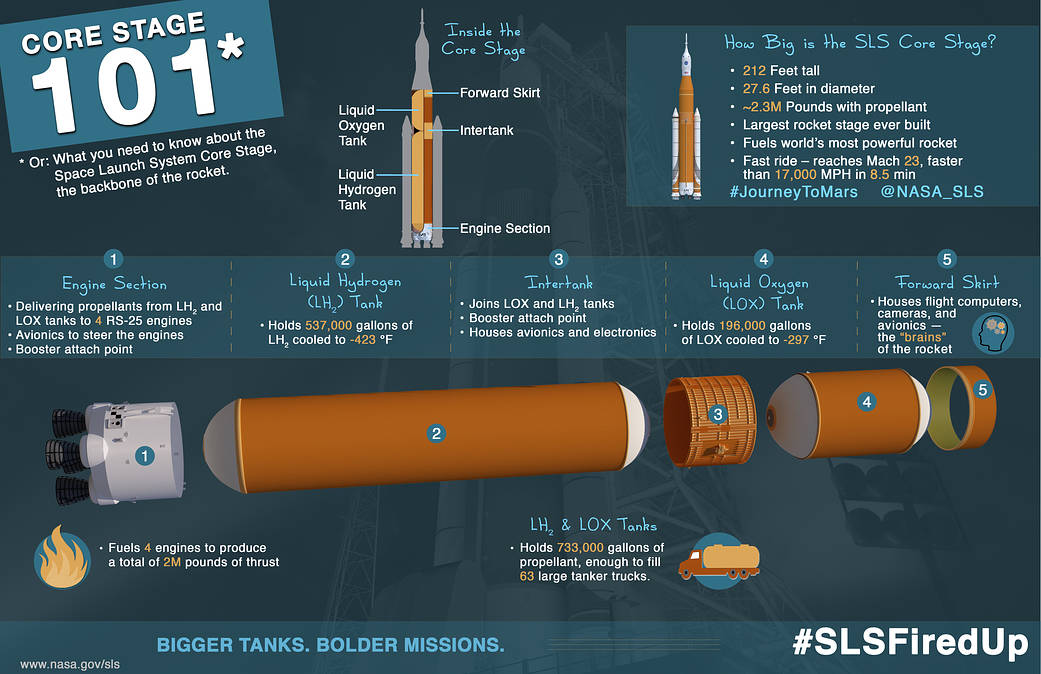