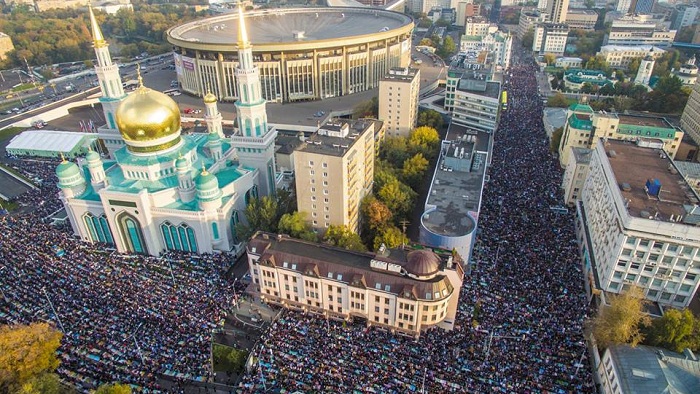 From Jakarta to Jerusalem and from Peshawar to Indonesia, Muslims celebrate Islam’s holiest festival.

Muslims around the world celebrated Eid-ul-Azha on Monday, one of the two most important festivals of the Islamic calendar as devotees commence the annual Eid al-Adha celebrations following the end of Hajj, the annual Islamic pilgrimage to Mecca.

Muslims celebrate Eid al-Adha to commemorate Ibrahim’s, or Abraham’s, test of faith in God. They believe Ibrahim committed to kill his only son Ismail on the command of God.

Having tested Ibrahim’s faith, God sent a lamb in the boy’s place.

During the holiday, which ends Thursday, Muslims slaughter sheep or goats to share with family, friends and the needy.

What is Eid al-Adha?

In the Islamic lunar calendar, Eid al-Adha falls on the 10th day of the 12th month and lasts for four days until the 13th day. n the international (Gregorian) calendar, the dates vary from year to year drifting approximately 11 days earlier each year.

Families and friends gather together to exchange gifts, money and eat traditional food.

Sacrifice is also part of the tradition. Muslim families buy, keep and slaughter their own animal. Islamic rules also state that the animal must be an adult and in good health.

The Qurbani (sacrificial) meat is then divided into three equal parts – one for the household, one for relatives and friends, and one for the poor – a meal will then be prepared with this sacrifice. The meat can go to anyone, even if they’re not Muslim themselves. 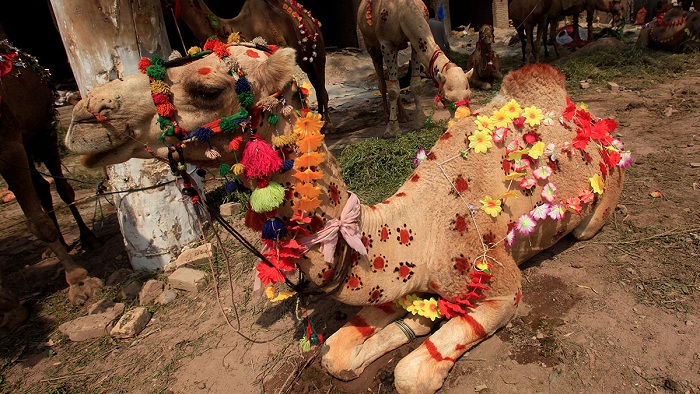 A camel for sale decorated with artificial flowers and henna patterns is seen at a makeshift cattle market before the Eid al-Adha festival in Peshawar, Pakistan. Photo: Fayaz Aziz/Reuters 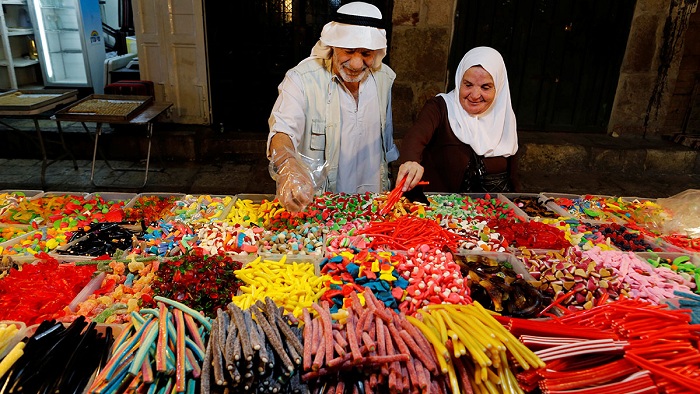 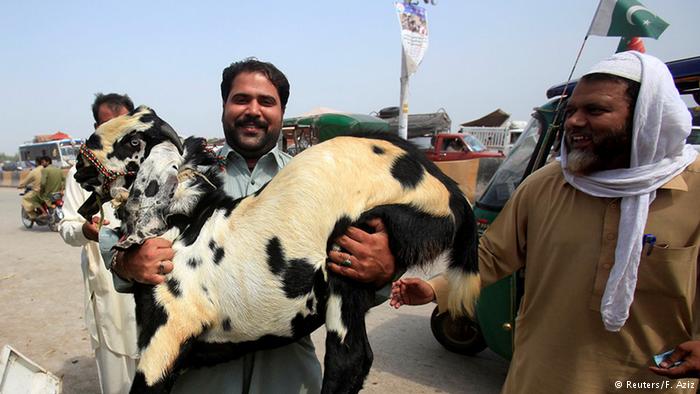 A man carries a goat for slaughter ahead of Eid in Peshawar, Pakistan 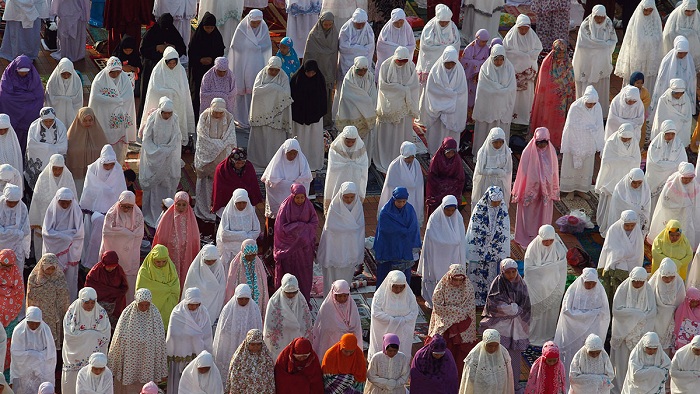 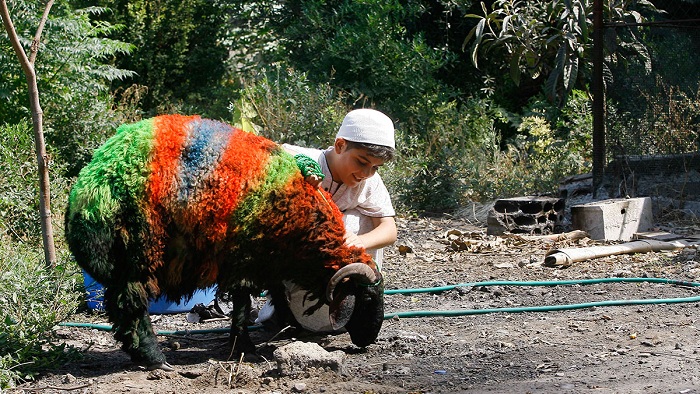 Rafik al Hibish, 11, feeds his sheep, who will be slaughtered on the first day of Eid al-Adha, or Feast of Sacrifice, in the southern port city of Sidon, Lebanon. Photo: Mohammed Zaatari/AP 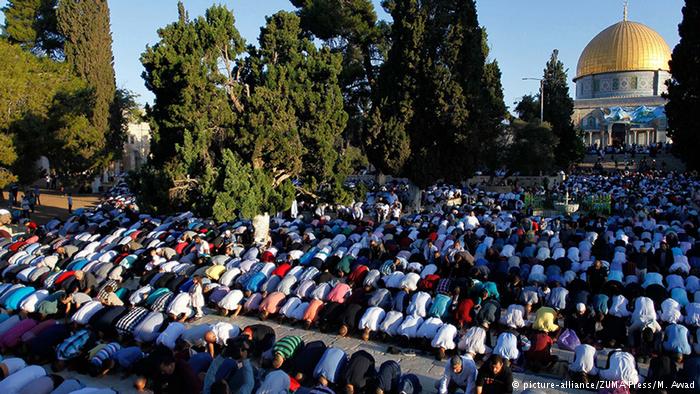 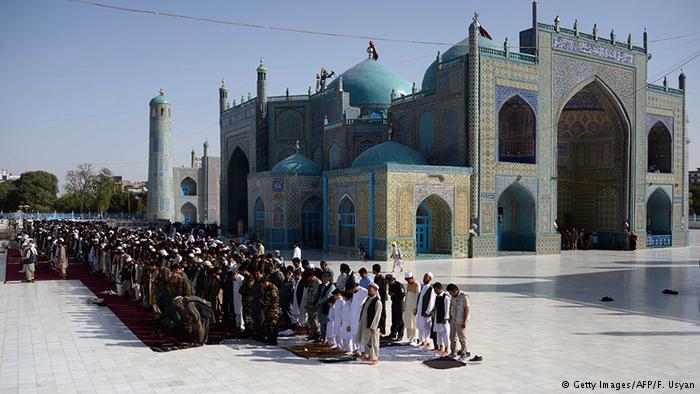 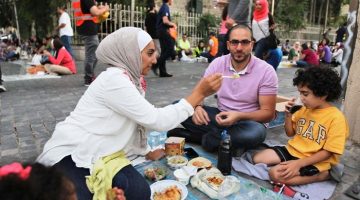 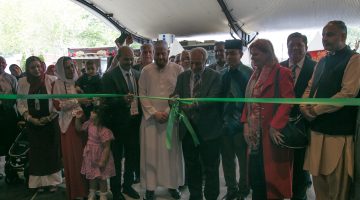 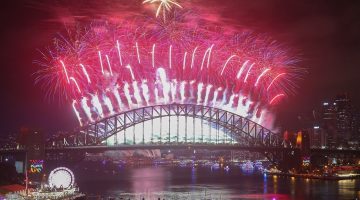