Ryan Giggs has been named interim manager after David Moyes was sacked following a 10-month reign at Old Trafford. 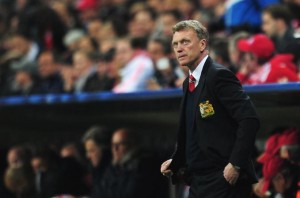 Manchester United have sacked manager David Moyes, who had only been in charge of the club since July, and named Ryan Giggs as the club’s interim manager.

The 50-year-old Scot was appointed on the personal recommendation of Alex Ferguson who retired at the end of last season after 26 years in the job having steered United to the title for the 13th time in his reign and 20th time overall.

Moyes, who had been manager of Everton for 11 seasons but never won a major trophy, was given a six-year contract but the Old Trafford club have lurched from one crisis to another.

A 2-0 defeat at Everton on Sunday was the final straw for the club’s owners, the Glazer family, as seventh-placed United have failed to qualify for the Champions League for the first time since 1995-96.

“Manchester United has announced that David Moyes has left the club,” a club statement said on their website. “The club would like to place on record its thanks for the hard work, honesty and integrity he brought to the role.”

According to media reports, United have courted Dutchman Louis van Gaal, who will quit as coach of the Netherlands after the World Cup in Brazil in June and July.

Veteran midfielder Ryan Giggs, 40, who has been working as one of Moyes’s coaching assistants, could be put in charge for the final four games of the season.