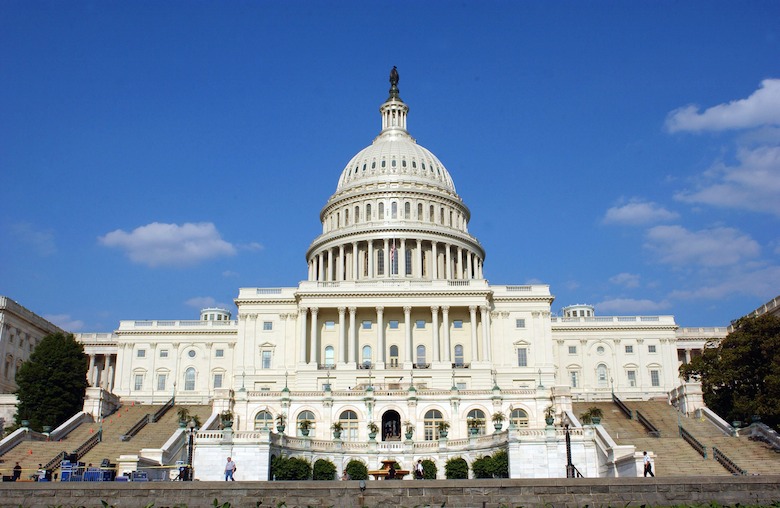 By Saeed Qureshi – – The midterm elections in the United States conducted on June 4, have placed the Republicans as the majority party in the Senate. The Republicans also were leading in the House of Representatives after the 2010 midterm elections. This is a monumental debacle for president Obama who is left only with the option of using the executive orders in case the Congress overturns such reforms as Obamacare and cannot move along on the stalled immigration issue.

The main stumbling hurdle in the defeat of Democratic party in the midterm elections was the immigration Reform Bill that was left in lurch due to lack of bipartisan support in the Congress. Due to this the Latino population that provided huge vote bank to the Democrats and particularly in presidential elections were dismayed and divided in the November 4 elections. The Democrats lag behind by seven seats but it is the majority in the Senate that matters.

The elections saw formidable victories for the Republican Party in the Senate, House, and in various categories of elections, including state and local. For the first time since 2006 the Republicans have gained control of the Senate with 52 seats out of a total 100 seats. The Democrats lag behind with 43 seats.  The Republicans who already command majority in the House have further added 12 seats making the total 243 seats. The Republicans won three more seats of governors, now having their governors in 36 states out of 50 states.

In his press conference president Obama did not exhibit any signs of panic or frustration but looked dismayed.  He vowed to work with the Republics in both houses of the Congress to pave way for the passage of certain crucial bills that could not be accomplished due to divided control of Republicans in the House and the Democrats in the senate. President Obama expressed the hope that now the Republicans had an upper hand in both Senate and House and they should not hinder the legislation on such important issues as the immigration bill.

The Democratic Party suffered in the 2014 mid terms elections because of foot-dragging on certain reforms most notably the immigration issue and a firm stand with regard to the Middle East crisis and a Luke warm response as well on the Ukraine crisis. Nonetheless, the slow progress in legislation on the sticking issues could be due to the traditional discord and non-cooperation between the two parties if their respective interests are not served.

The political fight between the Republicans and democrats in the Congress would be focused on Obamacare which is an anathema to the Republicans and they would do everything possible to undo this health reform.  The Republicans are also averse to the inflow of the foreign immigrants mostly from the neighboring Mexico and on the whole from the South American impoverished countries. So one may foresee an irresolvable conflict between the two parties both in the House and the Senate till the next general elections to be held in 2016.

When the Democratic party lost the House in the 2010 midterm elections, president Obama termed that blow as “humbling and shellacking”. The results of the November 4 mid term elections are of the same magnitude and considerably weaken the legislative prowess of the Democratic Party.

It is interesting that when Obama won the presidential elections in 2008, the American people were not happy with President George Bush’s policies and for that the Republican Party had to pay a heavy price. Then the economy was in dire straits, the public moral was down and the country was sulking because of misguided indoor internal and external policies.

In President Obama the American people saw a new young and energetic leadership especially the youth of this country who were the vanguard for the Democrats to win the elections. Undoubtedly despite many hurdles and irritants president Obama buoyed up the sinking economy and recharged the dispirited and dismayed nation. He should be credited for accomplishments in jobs creation, reinvigorating the sagging economy, providing monetary relief to the debt ridden students and lessening the military involvement of America in Afghanistan and the Middle East.

His administration finally found the arch enemy Osama Bin Laden and killed him. He embarked on a path of reconciliation with the Islamic world that had remained under a heavy pressure during the senior and junior Bush eras. After the Sandy Hook Elementary School Shooting, President Obama signed 23 executive orders and outlined a series of sweeping proposals regarding gun control.

The United States has reduced its oil import because of a boost of the indigenous energy resources. The American exports are increasing. The country is safe because of the implementation of a tight security system. Obama’s stand on environment and clean energy has been robust. Overall his attitude in the politics has been conciliatory despite patently hostile response from the Republican Party.

But all his brilliant achievements both internally and externally have not weighed heavily with the voters in the current year’s midterm elections. The American people look from the angle of setbacks and not accomplishments of a president and that is the main reason for the debacle of Obama and his party in the midterm elections. The president was earnest about the immigration bill but was handicapped due to the lack of support in the House.

In his post election press conference, the president enumerated his attainments. He stated that the economy during his six years in office came out of dire straits and was now was robust. The import of oil has reduced and America was less dependent on oil imports. He termed Obamacare as one the noteworthy hallmarks of his administration.

While president Obama pledged to work in a bipartisan spirit with the Republicans, the House speaker John Boehner in his post election press conference. He looked defiant and tough and warned president Obama of not poising the well by which he meant not to run the administration by issuing executive orders. It is forgone that over the issues of immigration and Obamacare there is not going to be any quid pro quo and accord between the two parties. President Obama has ruled out scrapping or reforming the Obamacare while John Boehner has termed it as “hurting the economy”.

One may witness a hardening of stances between the two political rivals in the Congress. Since Republican Party is now in majority in both organs of the Congress, it could get any bill of its choice go through while rejecting those tabled by the Democrats.

However, president Obama has categorically pointed out that he will not scrap or change the Obamacare as the Republicans want and would veto any bill that negates his health reforms. Should we infer that henceforth there is going to be a lame-duck administration till the 2016 elections?

The writer is a senior journalist, former editor of Diplomatic Times and a former diplomatThis and other articles by the writer can also be read at his blog www.uprightopinion.com