NEW YORK: Microsoft on Friday fired a legal salvo at long-time partner Samsung, accusing the South Korean giant of breaching a contract over licensing of technology used in the competitive smartphone market.

“After becoming the leading player in the worldwide smartphone market, Samsung decided late last year to stop complying with its agreement with Microsoft,” the US technology firm’s deputy counsel said in an online post.

The complaint filed in federal court in New York alleges Samsung is balking at making payments for patented Microsoft technology used in smartphones and tablets. 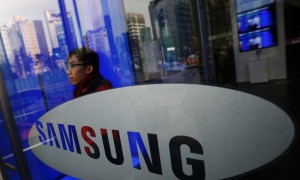 “We will review the complaint in detail and determine appropriate measures in response,” Samsung told AFP.

Microsoft contends the South Korean consumer electronics colossus is not adhering to a contract from 2011, and said it filed the court action after months of “painstaking negotiation.” The legal pact involved Samsung paying to use Microsoft intellectual property, according to the post by deputy counsel David Howard.

Samsung’s smartphone sales have quadrupled since the contract was signed as the company grew from shipping 82 million Android-powered handsets in 2011 to shipping 314m three years later, Microsoft maintained.

Samsung has become a smartphone Goliath, and the biggest maker of handsets powered by Google’s free Android software.

“Samsung predicted it would be successful, but no one imagined their Android smartphone sales would increase this much,” Howard said.

After Microsoft made a deal last year to buy Nokia’s smartphone business, Samsung stopped abiding by the cross-licensing contract, the US company says.

Microsoft said in the filing that Samsung used the Nokia business acquisition as grounds to step away from the licensing deal.

Microsoft closed the deal for Nokia’s smartphone business in April with some adjustments from the announced price of $7.52 billion (5.44bn euros).

Nokia was the world leader in mobile phones before the introduction of Apple’s iPhone in 2007 and the onslaught of Android phones, mainly from Samsung.

Microsoft in June opted for the Android operating system from arch-rival Google for its new Nokia smartphone, in a move aimed at regaining momentum in the competitive mobile sector.

Microsoft said the Nokia X2 was “designed to introduce the ‘next billion’ people to the mobile Internet and cloud services”.

The device is an updated version of a phone unveiled by Nokia before Microsoft acquired the handset division of the Finnish giant.

Microsoft said that Android software incorporates some of its patented technology and the company’s practice is to license the intellectual property to handset makers.

Samsung has been a long-time Microsoft partner, making an array of computing devices powered by the US company’s software, including a version of Windows for mobile devices.

“Microsoft values and respects our partnership with Samsung and expects it to continue,” Howard said.

“We are simply asking the court to settle our disagreement, and we are confident the contract will be enforced.”

Microsoft said this was the first time it has sued Samsung and that its intent is to keep getting royalty money due under terms of the contract, along with interest charges for late payments.

“Unless one side or the other screwed up in writing the contract, I don’t know what Samsung is thinking,” said Silicon Valley analyst Rob Enderle of Enderle Group. “I am at a loss to understand why Samsung stopped paying the money.”

Microsoft’s track record leaves little doubt it would fight to enforce a legal contract, according to the analyst.