Microsoft Corp said it will increase its cloud storage offering for business users by 40-fold as the world’s largest software company makes a case for businesses buying an all-in-one product from itself rather than buying technology “piecemeal” from multiple sellers. 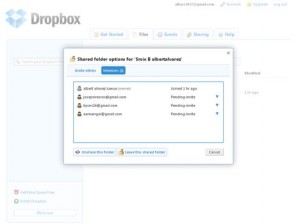 “The era of making isolated, single-solution decisions is rapidly coming to a close,” wrote John Case, corporate vice president of Microsoft Office Division. Microsoft on Monday raised its OneDrive for Business storage to 1TB per user from 25GB.
Microsoft’s pitch to be the one-stop destination for companies looking to buy technology runs against efforts by smaller rivals such as Box and Dropbox that offer one or two specialised services.
Microsoft did not name its rivals but made a reference to them in the headline of its blog post titled “Thinking outside the box.”
Dropbox spokeswoman declined to comment on the Microsoft move. Box Chief Executive Aaron Levie fired back in a blog post, criticizing Microsoft for keeping its storage software “closed” and making it difficult for users to move their data between different services.
“By keeping Office 365 users on the closed OneDrive “island,” Microsoft is stranding hundreds of millions of users and customers that have chosen Box, Dropbox, Google Drive, and others,” Levie wrote in response to Microsoft’s move.
Online document-sharing company Dropbox is a Silicon Valley startup that has proved a hit with consumers and boasts more than 200 million users six years after it was started. It has undergone tremendous growth amid the meteoric rise of cloud, which is expected to continue booming alongside mobile computing.While Dropbox won plaudits for its ease-of-use and gained traction among individual users, Levie focussed Box in recent years towards catering to corporate customers who demanded greater levels of administrative control and security.
Both companies are expected to go public in the coming months.
Cloud services have become increasingly popular among both cash-strapped tech startups and larger companies, which rely on computers owned and operated by the likes of Amazon.com Inc and Google Inc instead of buying the equipment themselves.
Investors are excited about Microsoft Chief Executive Satya Nadella’s focus on mobile and cloud computing, designed to take Microsoft beyond its traditional PC-based Windows business.
Microsoft, which reported results Thursday, saw Nadella’s emphasis on cloud computing help its server software business in the third quarter, while a softer-than-expected decline in PC sales limited damage to the bottom line.