Prime Minister Tony Abbott has declared that the search for missing Malaysia Airlines flight MH370 has moved into a recovery and investigation operation based on mounting evidence the plane crashed in the southern Indian Ocean. 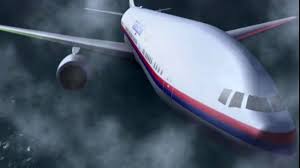 fees for families of the plane’s passengers should they want to come to Australia.

Prime Minister Tony Abbott says with the plane now officially lost, the operation moves into its next phase.

And he called on the Parliament to consider a condolence motion on Wednesday.

“Based on the accumulation of evidence, late last night, Prime Minister Najib Razak of Malaysia declared that the plane must be declared lost in the southern Indian Ocean,” Mr Abbott said.

“That means … that what up until now has been a search moves into a recovery and investigation phase.”

Mr Abbott said he spoke to Mr Razak on Tuesday morning and offered “every assistance and co-operation”.

Mr Abbott said many relatives of the 239 passengers and crew on board the plane would likely want to come to Australia in the coming days.

“I want them all to know … that they will be in the arms of a decent country. The government has decided to waive visa fees for any relatives wishing to come to Australia.”

In a press conference at 10pm on Monday, Malaysian time, it was confirmed Malaysian Airlines flight MH370 had gone down off the coast of Perth in the southern Indian Ocean.

“MH370 flew along the southern corridor and that it’s last position was in the Indian Ocean west of Perth. This is a remote location. It is therefore with deep regret that I must inform you that … Flight MH370 ended in the southern Indian Ocean,” Prime Minister of Malaysia Najib Razak said.

Mr Razak said the UK Air Accidents Investigation Branch  and a satellite firm that provided the data which narrowed down the flight corridor of MH370 to a northern and southern corridor had since provided additional data.

“They have been able to shed more light on MH370’s flight path,” he said.

“We have concluded that MH370 flew along the Southern corridor and that it’s last position was in the middle of the Indian Ocean, west of Perth.

“This is a remote location, far from any possible land in sight.

“It is therefore with deep sadness and regret that I must inform you that according to this new data that flight MH370 ended in the southern Indian Ocean,” he said.

Prime Minister Najib Razak says more information about the search for the plane will be given on Tuesday.

Perth will now become the base for a multi-nation recovery effort.

“We share this information out of a commitment to openness and respect for the families, two principles which have guided this investigation,” he said.

“Malaysia Airlines have already spoken to the families of the passengers and crew to inform them of this development.

“For them, the past few weeks have been heartbreaking; I know this news must be harder still.

“I urge the media to respect their privacy, and to allow them the space they need at this difficult time,” Mr Razak said.

Prior to the press conference being held, Malaysia Airlines sent a SMS to relatives of those aboard the plane saying that it is to be “assumed beyond any reasonable doubt” that MH370 has been lost.

It is expected that these relatives will be booked on charter flights and taken to Australia.