Canberra (Tribune International, PM Office Release, 21 Nov 2020): The Melbourne Airport Rail Link route will take travellers into the heart of the CBD in less than 30 minutes following an historic agreement announced today between the Australian and Victorian governments. 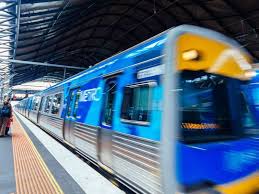 Prime Minister Scott Morrison joined Premier Daniel Andrews to announce the route for the project, which will connect Victoria’s regional and metropolitan rail networks to the airport for the first time.

From 2029, Victorians will be able to catch a train directly from the CBD to the airport.

“The airport link is a nationally significant project and Victorians have been waiting a long time for it to become a reality. With construction to start in 2022, the agreement will support up to 8,000 jobs during construction,” the Prime Minister said.

“When complete, the link will slash travel times, bust congestion and be a major boost to the economy.”

It also means that tourists visiting Victoria will be able to get from the airport to regional Victoria in a hassle-free way – meaning more visitors and jobs for our regions.

Premier Daniel Andrews said today’s announcement was a historic day for all of Victoria.

“This project has been talked about for a long time, its key to our recovery and this design means it will benefit all Victorians,” Mr Andrews said.

“As we continue our recovery, we need a long-term plan. We need a pipeline of jobs for Victorians looking for work now, and for those who will need jobs in the future. We said we’d deliver this project, and we’re keeping our promise.”

Deputy Prime Minister and Minister for Infrastructure, Transport and Regional Development Michael McCormack said this vital piece of infrastructure would transform travel to and from Melbourne Airport.

“The aviation industry is so important to Australia’s economy and by investing in this rail link, we’re making it even easier for Victorians to travel to and from Melbourne Airport,” the Deputy Prime Minister said.

“This investment is an important part of the economic road back – it will be a job-creator for Victorians and a huge boost to so many local businesses across the construction industry.”

Federal Minister for Population, Cities and Urban Infrastructure Alan Tudge said a rail line to the airport was long overdue for Melbourne.

“Our objective has always been to deliver a rail connection that is fast, affordable and built as quickly as possible,” Mr Tudge said.

“For those in the south east it will mean a trip to the airport without changing trains, and for others just one change.”

Minister for Transport Infrastructure Jacinta Allan said that Airport Rail via Sunshine means that the majority of Victorians can access the airport by rail, as quickly as possible.

“This will give Victorians the fastest, most direct trip to the airport through the Metro Tunnel which will deliver more trains, more often.”

Melbourne’s west will also have direct airport access via a single interchange at Sunshine Station, or Footscray Station for Werribee and Williamstown line passengers.

Passengers on all city loop trains will be able to connect to airport trains at Flinders Street and Melbourne Central.

It delivers the best possible integration with the existing network and paves the way for future improvements to regional and western metropolitan lines.

Melbourne Airport Rail will use the new fleet of High Capacity Metro Trains – the biggest and most passenger-friendly trains on Victoria’s train network.

The Victorian and Australian governments have committed $5 billion each in funding. Detailed planning and development work is currently underway, which will inform more detailed cost estimates.

Construction will begin in 2022, with a target completion date for Melbourne Airport Rail of 2029 – subject to the business case and relevant Victorian and Federal planning, environmental and other government approvals.

RESTRICTIONS EASED IN TIME FOR CHRISTMAS