This is the new face – and body – of Russia that President Vladimir Putin wants us all to see. 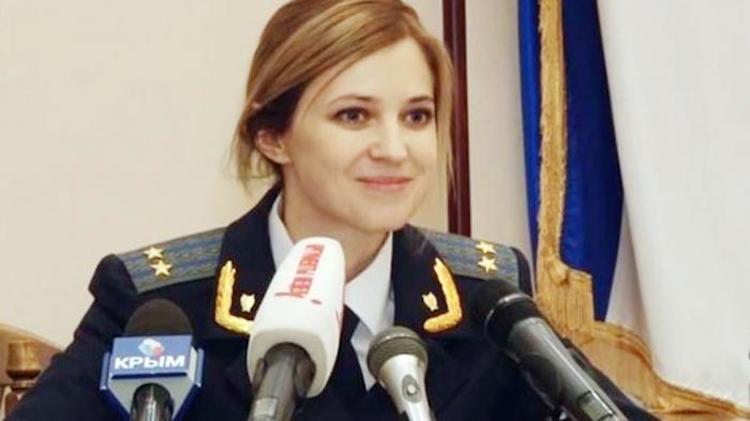 Sexy Natalia Poklonskaya’s red shoes and nylon-clad legs are driving admirers wild across the world after she was formally appointed the new Crimean attorney general.

As the rest of the world trembles at the prospect of a showdown between West and East over Crimea’s split from Ukraine, no-nonsense Natalie’s first press conference went viral in a matter minutes… and it was not even translated.

The first to swoon were the Japanese where the video – all in Russian – was re-Tweeted ten thousand times almost as soon as it aired with one admirer posting ‘All Hail The Queen’ and ‘anime-style’ art drawings of her flooding websites.

But that was nothing compared to the discovery of the 33-year-old’s personal pictures on social media websites including glamour-puss shots like those above.

The pictures are now spreading across the globe but there is no doubting the luscious lovely is pouting for Putin because her politics are as red as her shoes.

In an interview she gave to the Voice of Russia, she branded the Ukraine authorities in Kiev as “devils from the ashes” and made it clear she supported Crimea’s new-found independence.

It’s unlikely however, that her thousands of Japanese fans care too much about her politics, as our Storify below proves.

Crimea’s new prosecutor has wowed the internet with her brains and beauty and now dozens of anime artists want to draw her .