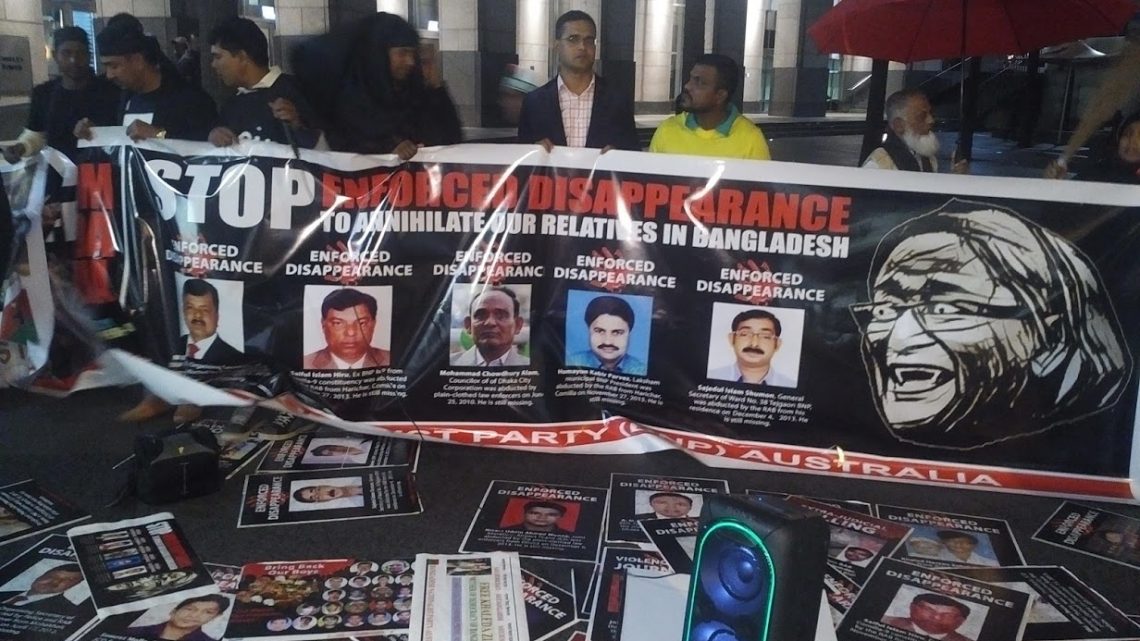 Sydney (Tribune’s Report, 28 April 2018): Hundreds of Bangladeshi-born Australians gathered, in front of the venue of Global Summit of Women at Darling Harbour, Sydney and record their massive protest against the Prime Minister of Bangladesh Ms Sheikh Hasina Wazed. The organisers of the event paid high respect to Hasina Wazed and presented her Global Women’s Leadership Award at its annual international gathering of women influences and opinion leaders, on the other hundreds of Bangladeshi background Australian citizens & residents protested against the human rights violation, and atrocities happening in Bangladesh in her government currently. 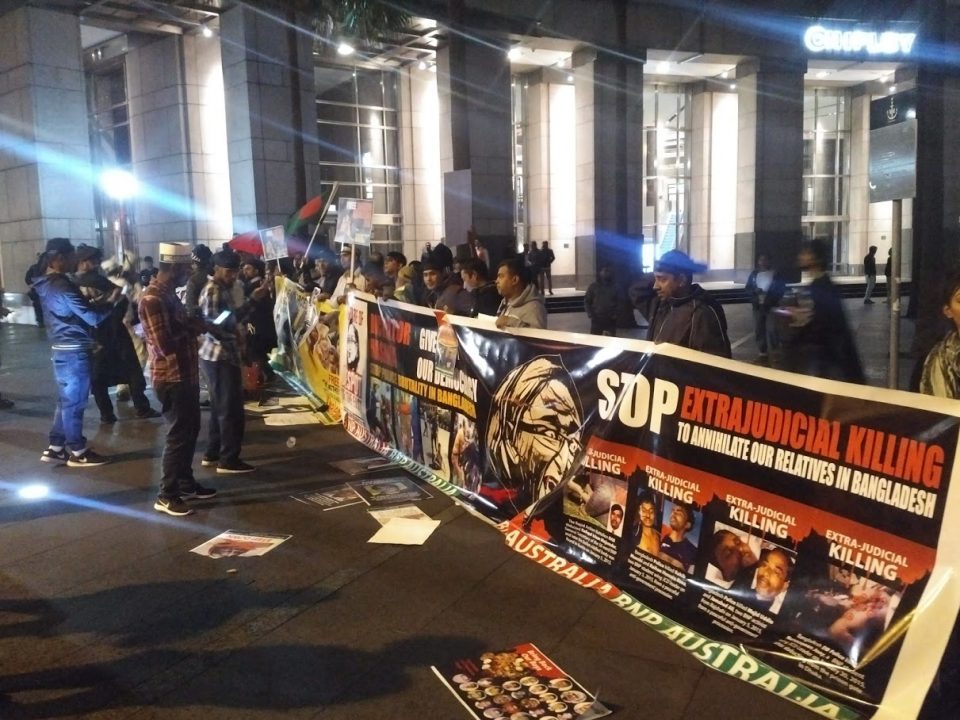 About 500 protesters mostly youth gathered in front of the summit’s venue, the International Convention Centre Sydney, about 300 protesters on Friday the 27th at the Chiefly Square in front of the Sofitel Sydney Wentworth, where she came to join a party program. Due to the massive protests, Sheikh Hasina had to use alternative service entrances instead of the main gates to join the events on both days.

Sheikh Hasina, is the leader of the Bangladeshi Awami League is facing significant presessure from both domestic and international on extrajudicial killings, target killings of opponent party leaders since 2009. Her government has been accused of fostering a culture of impunity by failing to act after a series of brutal murders, increasing rates of rapes, violence against women, promoting child marriage and so on.

Sheikh Hasina has been holding power for the last 10 years in Bangladesh without a fair election. She has been criticized by all major human rights organizations for the incidents such as enforced disappearances, killing opposition leaders and activists, arresting and torturing them, extra-judicial murders, political prosecution, shutting down all the channels of freedom of speech, attacking on the minorities, widespread corruption, institutional extortion and so on which are rampant in the country. Her authoritarian regime for the last 10 years is well documented in various reports of international organizations such as UNHCR, Amnesty International, Human Rights Watch etc.

Banners at the protest demanded freedom for the former Prime Minister of Bangladesh Khaleda Zia, who they hail as the ‘Mother of Democracy’. Khaleda Zia was sentenced to prison in February 2018 in a fabricated and politically motivated case. Political observers view it as an ill-motive action of Sheikh Hasina to keep her out of the upcoming election.

Protesters dubbed Sheikh Hasina as a fascist dictator and highlighted the disgraceful outcomes of her fascist regime to the international community such as women being attacked and abused in an increasing manner due to the lack of good governance and absence of law and order maintenance. They also portrayed the most recent incident of torturing female university students took place in April 2018 in the Capital Dhaka where her party goons and the Polices jointly attacked and tortured them to crackdown their peaceful protest against discriminatory quota system in government job recruitment. Showing evidence from different human rights reports, they demonstrated that the rape and physical abuse of women have skyrocketed in the recent months as most of the predators remain unpunished due to their political influence and connection. In this context, protesters questioned Sheikh Hasina’s eligibility to be a worthy guest in an event for women empowerment.

Protesters demanded that she has blood in her hand and she has violated the dignity of thousands of her country-people, men and women alike. Furthermore, they emphasized that women in Bangladesh suffer in this situation as the vulnerable segment of the society and therefore she is clearly not a person who acts to support women’s interests in Bangladesh or elsewhere. Protesters urged to the international community to hold her accountable for the roles of her and her party people in degrading women’s condition in Bangladesh. 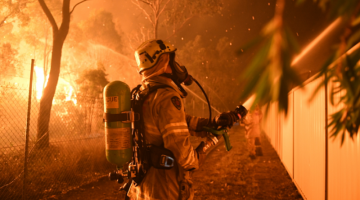