A man has been arrested and charged after allegedly claiming he had explosives in his luggage when checking in at a central Queensland airport. 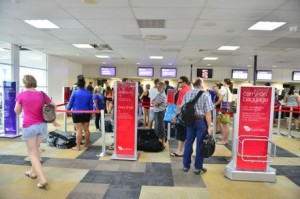 The incident occurred at the Gladstone Airport just before 12.30pm on Tuesday.

Police said a man was checking in for his flight when he allegedly made a comment to a staff member “regarding explosives contained in his luggage”.

The airport was evacuated as specialist police searched luggage before declaring the area safe a short time later.

The 41-year-old Calliope man has been charged with one count of making a threat regarding aviation security and is due to appear in the Gladstone Magistrates Court on April 29.