KARACHI: The widespread search for the missing Malaysian jet MH370 continues, as confusion deepens over ‘missing 30 minutes’ at heart of the mystery engulfing the stricken jet. 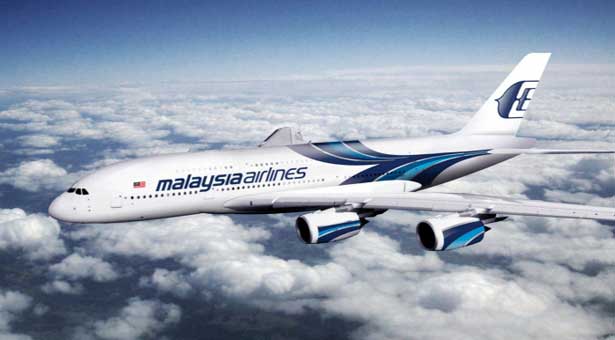 Meanwhile, The Independent has learnt that Malaysian authorities are seeking diplomatic permission to investigate a theory that the plane was flown to one of a number of Taliban strongholds on the border of Afghanistan and North West Pakistan.

Last night sources in Kuala Lumpur assisting with the investigation told The Independent that full diplomatic permissions were being sought in order to rule out the theory that the plane could have flown to areas of Afghanistan and Pakistan that are not under government control.

Large areas of the southern half of Afghanistan are ruled by the Afghan Taliban, while some areas of north-west Pakistan, adjacent to or near to the Afghan border, are controlled by the Pakistani Taliban.

A spokesman for Malaysian Airlines said: “These are matters for the jurisdiction of those regions and Malaysia’s armed forces and department of civil aviation. In regard to Pakistan and Afghanistan, we cannot explore those theories without permission. We hope to have that soon.”

AFP adds: Malaysia said Sunday the number of countries searching for a missing airliner had nearly doubled to 25 as a full-scale criminal probe into its disappearance got under way, with particular scrutiny of the pilots.

Transport Minister Hishammuddin Hussein said the number of participating countries had jumped from 14 to 25 as the search for the aircraft focused on two vast, and vastly contrasting, land and ocean transport corridors. The dramatic “re-calibration” will inevitably bring “new challenges of coordination and diplomacy”, the minister said.

Malaysian police said they had searched the homes of both pilots and examined the captain´s home flight simulator after it became increasingly clear that the Malaysia Airlines Boeing 777 that vanished March 8 had been deliberately diverted by someone on board.

Experts said it would have taken specialist knowledge to disable the communications system, intensifying scrutiny of Captain Zaharie Ahmad Shah and his First Officer, Fariq Abdul Hamid.US intelligence is also focusing on the pilot and co-pilot, a key US lawmaker said.

“One thing we do know, this was not an accident. It was an intentional, deliberate act, to bring down this airplane. And the question is who is behind that,” Michael McCaul, the chairman of the House Homeland Security Committee, told Fox News.

Friends and colleagues of both pilots have testified to their good character, but questions have been raised over the flight simulator Zaharie installed at home — even though aviation commentators have said this is not uncommon.

It also emerged that Zaharie had close ties with the party of Malaysian opposition leader Anwar Ibrahim, who has been battling a charge of sodomy.

A day before the flight, a Malaysian court overturned Anwar´s 2012 acquittal on charges he sodomised a male former aide and sentenced him to five years in jail. But authorities have not disclosed whether Zaharie´s political affiliations figured in the investigation.

Fariq´s record was queried after a woman said he had allowed her and a friend to ride in the cockpit of an earlier flight.

Hishammuddin noted that the two pilots “did not ask to fly together” on the missing plane.

The transport minister cautioned against “jumping to conclusions” about the thrust of the investigation, which national police chief Khalid Abu Bakar stressed was covering all 239 passengers and crew.

Engineers who may have had contact with the aircraft before takeoff were also being looked at, Khalid said.

The police action followed Saturday´s startling revelations that the plane´s communications systems had been manually switched off before the jet veered westward and flew on for hours.

Like Prime Minister Najib Razak the previous day, Hishammuddin refused to use the word hijacking, saying only that the pattern of events was consistent with “deliberate action” by someone on the plane.

The new search parameters involve two possible flight corridors — a northern one stretching from Thailand to Kazakhstan and a southern one from Indonesia towards the southern Indian Ocean.

The Malaysian foreign ministry briefed representatives from 22 countries on Sunday, including the central Asian states of Kazakhstan, Uzbekistan, Kyrgyzstan and Turkmenistan, and requested support in the form of satellite and radar data.

For anguished relatives, the news the plane had been diverted was a double-edged sword — holding out the slim hope that hijackers had landed the plane somewhere, while ushering in another agonising open-ended waiting period.

Relatives of Bob and Cathy Lawton, a missing Australian couple, said they were horrified by the notion of a drawn-out hijack ordeal.

“That´s one of the worst things I could have hoped for,” Bob´s brother David Lawton told News Limited newspapers.

“Even if they are alive, what did they have to put up with?”

The scope for speculation is as broad as the new search area. Beyond the scrutiny of the cockpit crew, the possibility that the cockpit was taken over or the pilots were coerced opens a Pandora´s Box of possibilities as to who might have been involved and why.

Two passengers who boarded the plane with stolen EU passports have been identified as Iranians by Interpol, who said they were most likely illegal immigrants who did not fit terrorist profiles.

The fact that most of the passengers on board the Beijing-bound flight were Chinese has raised speculation of involvement by militants from China´s Muslim ethnic Uighur minority.

Security experts warned against reading too much into partial data. “We still really don´t have a lot of evidence to go on,” said Anthony Brickhouse, a member of the International Society of Air Safety Investigators.

The last satellite communication from the plane on March 8 came nearly eight hours after it took off — around the time the airline has said it would have run out of fuel.

Hishammuddin said both search corridors were being treated “with equal importance”, but a number of analysts said the southern ocean route was more likely.

Flying along the northern corridor would have required the plane to travel undetected through numerous national airspaces in a strategically sensitive region.

“I just can´t think of a scenario where this aircraft is sitting on a runway somewhere,” Brickhouse said.

“Any floating debris will be widely dispersed and the main debris on the sea floor,” he said.