Malaysia’s state investment fund has unveiled plans to make Malaysia Airlines fully government owned, as it prepares to carry out a far-reaching overhaul of the carrier that is reeling from double disasters.

In a proposal announced on Friday, Malaysia Airlines suspended its shares on the Kuala Lumpur stock exchange, as its majority shareholder, 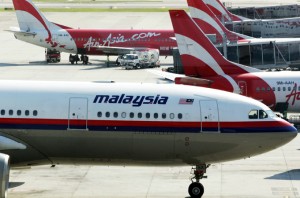 National, said it would purchase all minority shares and finalize a restructuring plan by the end of the month.

Khazanah Nasional, which is chaired by Malaysia’s Prime Minister Najib Razak, said the state takeover will represent the first stage of a “complete overhaul” of the loss making airline.

“The proposed restructuring will critically require all parties to work closely together to undertake what will be a complete overhaul of the national carrier,” it said in a statement.

Malaysia Airlines has reeled from years of financial losses and its survival is now seen as in peril following this year’s air catastrophes.

Flight MH370 disappeared mysteriously in March with 239 people on board, en route to Beijing from Kuala Lumpur . No trace of the plane has been found and the airline was widely criticized for its handling of the crisis.

The company was without money to last the rest of the year and in massive need of capital injection.

“It hasn’t yet said what the restructuring will entail, but an even more difficult task lies ahead – regaining consumers’ confidence in the Malaysia Airlines’ brand,” she said.

The move to suspend shares confirmed growing speculation that Khazanah, which already owns 69 percent of the flag-carrier, planned to completely take over Malaysia Airlines to strengthen its hand in addressing the carrier’s mounting problems.

Despite having a solid safety reputation, the carrier’s association with tragedy has pummelled bookings, and analysts said it is burning through its cash reserves at a rate of around $2m per day as it struggles to survive.