Hit by double passenger jet disasters in a year, airline also delists from stock exchange as it seeks to revive brand.

Malaysia Airlines will cut 6,000 workers and remove itself from the Malaysian stock exchange as part of a $1.9bn overhaul to revive its damaged brand after being hit by double passenger jet disasters. 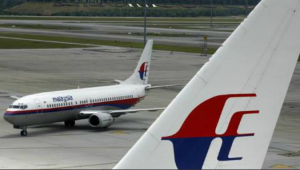 Khazanah Nasional, the state investment company that owns 69 percent of the airline, said on Friday the changes included the establishment of a new company that would take over the existing Malaysia Airlines business and its reduced staff.

The cuts represents about 30 percent of the company’s current workforce of 20,000, the AP news agency reported.

A search for a new chief executive is also underway, but there is no move to change the airline’s name, which some branding experts had said was necessary for a successful makeover.

The twin disasters and ongoing financial woes “created a perfect storm for the restructuring to take place,” said Azman Mokhtar, Khazanah’s managing director. “We need to have a fresh start.”

The plan aims to “strike a balance between Malaysia’s desire to revive a national carrier against the prudent use of public funds,” he said.

The airline will be removed from the Malaysian stock exchange and taken completely under the wing of the government.

Khazanah, which previously announced that it plans to take 100 percent ownership, aims to restore Malaysia Airlines to profitability by the end of 2017 and then relist its shares on the stock exchange by the end of 2019.

A substantial revamp has long been on the cards for the airline, which was struggling with chronic financial problems even before it was hit by the double disasters this year.

Investigators continue to scour the southern Indian Ocean for Malaysia Airlines Flight 370 which veered far of course while en route from Kuala Lumpur to Beijing on March 8 with 239 people on board.

In July, 298 people were killed when Flight 17 was blasted out of the sky as it flew over an area of eastern Ukraine controlled by pro-Russian separatists.

The tragedies have scarred the airline’s brand, once associated with high-quality service.

The airline says passengers fell 11 percent in July from the year before.