Londonderry Liberal MP Bart Bassett stands aside while investigation into dodgy donations expands to include him and Buildev.

LONDONDERRY Liberal MP Bart Bassett has become the ninth government MP to stand aside from the Liberal party – after revelations that the latest ICAC investigation into dodgy donations will be widened to include him. 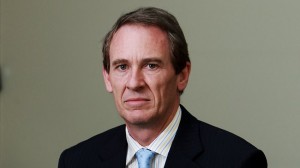 The ICAC today announced it would expand its investigation include the activities of Mr Bassett and Nathan Tinkler’s development company Buildev.

Commissioner Megan Latham opened the public inquiry today with a statement that she would be amending the investigation’s scope and purpose to include “whether certain Companies … including Buildev, influenced or sought to influence public officials, namely Bart Bassett to make planning decisions.”

Evidence tendered to ICAC shows Mr Bassett received an $18,000 donation from Buildev ahead of the 2011 election — at the time the company was a prohibited donor and made the donation through an entity called the Free Enterprise Foundation.

While he was a Hawkesbury councillor and MP, he voted for a residential land strategy at North Richmond that would benefit the company.

Paying the party for a key seats package allows a candidate to use advertising resources worth far beyond the cost of the package.

Counsel Assisting the inquiry Geoffrey Watson SC said: “the whole of Mr Bassett’s ability to buy this key seats package was money which came from Buildev.”

In a statement, Mr Bassett said: “I will not be making any public comment while the ICAC hearing is in progress out of respect for that forum.”

ICAC was shown evidence of a relationship between Mr Bassett and Buildev, stretching back to 2007.

“He’s been great and will help in future.”

In May 2007, Buildev executives flew their helicopter to meet then-Hawkesbury Mayor Mr Bassett at his house.

An email from Mr Regent to Mr Williams says he has “Bart ready” for an “informal meeting.”

“We can land at his house, more private. He is a helicopter pilot as main job so neighbours are used to it.”

Evidence also shows Mr Williams contacted then NSW ALP secretary Mark Arbib on February 26 2007, in an attempt to shut up a local Labor councillor who was opposed to Buildev’s North Richmond development.

“I dont want her to approach local sitting State ALP member Alan Shearan. He may say something silly unless someone advises him to not get involved,” Mr Williams said.

Mr Williams and Mr Regent also discussed a scheme to retain the councillor’s husband, who is a solicitor, to make it a conflict of interest for the councillor to vote against the Buildev project.

Buildev boss Darren Williams gave evidence to the commission this morning, saying corrupt former Labor minister Joe Tripodi gave him a confidential NSW Treasury document that raised questions about the viability of a container terminal, which was in direct competition with Buildev’s plan for a $1 billion coal loader.

Mr Williams initially said he either got the document from Mr Tripodi or former Labor staffer Ann Wills, but then said it was “more likely” it came from Mr Tripodi.

Developer donations were banned in NSW in 2009.