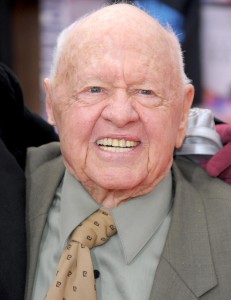 Legendary Hollywood actor Mickey Rooney passed away on 6th April 2014 at the age of 93. Known famously as a child actor in the series of short films, Mickey McGuire.

Mickey McGuire played Andy Hardy in A Family Affair and made his debut with Thoroughbreds Don’t Cry that also starred Judy Garland. While fans know most about their favourite actor, here are a few lesser known facts about Mickey Rooney that you perhaps didn’t know. Mickey Rooney enlisted in the United States Army in 1944 and his services lasted for 21 months. He made his debut with Not to Be Trusted at the age of four. In his long spanning Hollywood career, it is said that the actor was most proud of the film The Black Stallion which released in 1979. 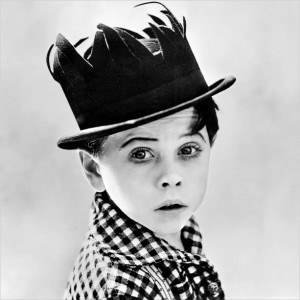 His career in Hollywood lasted 86 years making him the second actor after Carla Laemmle, to have this achievement to his credit. Mickey Rooney made it to the Guinness book of world records for having the longest career in movies, spanning a total of 86 years. According to a report in LA Times, noted playwright and author Tennessee Williams was quoted saying that there was only one great actor in the United States and that was Mickey Rooney. It is said that the character Mickey Mouse was named after Mickey Rooney after Walt Disney was inspired by the legend who was child actor when he met Disney who apparently showed him some cartoons and asked Rooney what he thought of them and also asked him his name. But Walt Disney apparently changed the name from Mortimer Mouse to Mickey Mouse on his wife’s suggestion.
The actor starred in a number of musicals including Babes in Arms (1939) along with Judy Garland and the two soon became the best of friends. When Judy Garland passed away, her daughter Liza Minnelli considered the veteran actor to do the eulogy at Garland’s funeral but apparently decided against it considering it would be tough on the actor since he and Judy Garland were the best of friends. Apart from Ava Gardner, his friends also included Shirley Jones, Bob Hope, Frank Sinatra, Dean Martin, Al Pacino, James Stewart, Ronald Reagan, Dick Van Dyke, Lana Turner to name a few. When Rooney turned 90 years old, his birthday celebrations has some fancy names on the guest list including Donald Trump, Tony Bennett and Regis Philbin.

His popularity ensured that he received four stars on the Hollywood Walk of Fame. Rooney was awarded an Academy Juvenile Award in 1938, and in 1983 the Academy of Motion Picture Arts and Sciences voted him their Academy Honorary Award for his lifetime of achievement. Rooney was honoured by the Young Artist Foundation with its Former Child Star “Lifetime Achievement” Award for his contribution to films as a child artist. He was nominated for an Oscar at the age of 19, making him the first teenage actor to be nominated for the musical Babes in Arms which also starred his best friend Judy Garland.

He co owned the Mickey Rooney Tabas Hotel in Downingtown, Pennsylvania. Rooney was present at the funeral of former American President Ronald Reagan. The actor underwent double heart bypass surgery in 2000. Although Mickey Rooney never played Texas Hold ‘Em poker before, he was number 7 on the World Poker Tour Invitational. Of the many hobbies the actor had, his preferences and likes included watching classic movies, listening to music, horse racing and painting. Was an animal rights activist and was also addicted to drugs, a habit he eventually overcame in the 1970s. 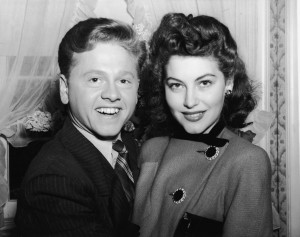 He was married eight times, and his first wife was popular Hollywood actress Ava Gardner. He was also married to Jan Rooney, Carolyn Mitchell and at the time of his passing, he was married to Jan Chamberlin although the two had separated. Rooney is said to have a total of nine children, 19 grandchildren and many great grand children. He is the father of Kelly Ann Rooney, Kerry Yule Rooney, Michael Rooney (VI), Kimmy Sue Rooney. His grandchildren are (Shannon Rooney and Dominique Rooney and great grand children include Kaitlyn Rooney and Hunter Rooney. According to media reports, the actor allegedly had an affair with Norma Shearer during the shoot of Norma Shearer. Rooney was only a teenager (aged 18) and Norma was 20 years his senior (38 years old).