The media, trade unions and political parties top the list of institutions the public perceives to be the most corrupt and in which they have the least confidence, while 43 per cent of Australians believe that the level of corruption in Australia has increased, according to the latest ANUpoll released today. 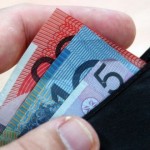 It confirms that acts of bribery involving public officials in Australia are very low, yet at the same time reveals that the public believes corruption is on the rise. The results also demonstrate a strong link between public confidence and perceptions of corruption.

The Federal Government was seen as corrupt by almost one in three people and only one in five believe that governments can usually be trusted to do the right thing.

However, Australians’ satisfaction with democracy remains among the highest in the world suggesting the public distinguishes between the broad institutions of the political system, in which confidence is high, and the individuals who occupy elected positions within that system, in whom confidence is low.

At the opposite end of the spectrum the armed forces, the public service and the police enjoy the highest levels of public confidence and are regarded as the least corrupt.

Other key findings include:

This is the thirteenth ANUpoll. ANUpoll is a regular survey of Australian public opinion on matters of national importance. It forms part of the mission of the University to conduct research of the highest quality and to engage with government and the community on public policy issues. This poll was conducted by Professor Ian McAllister, and Dr Juliet Pietsch from the ANU School of Politics and International Relations and Professor Adam Graycar from the ANU Research School of Social Sciences.