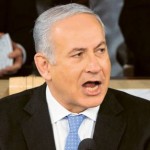 army to prepare an attack against Iranian nuclear installations, though the order was later rescinded, Israeli television said on Sunday.

According to private television Channel 2, the order was not implemented due to opposition from the army chief at the time, General Gabi Ashkenazi, and from then Mossad chief Meir Dagan.

At a meeting of top ministers, Netanyahu decided to order the elevation of the army’s preparedness level to “P plus”, a code meaning the armed forces must be ready to take action.

But Dagan opposed the move, Channel 2 reported, noting that a decision to launch a war against Iran could be taken only by the security cabinet comprising around 15 ministers.

Barak told Channel 2 that Ashkenazi had told Netanyahu the Israeli army was not ready and did not have the operational means to bring an attack against Iran.

According to Barak, the decision to raise the level of alert “did not necessarily mean war”. In any case, the plan to attack was eventually dropped.

The website of the daily Haaretz newspaper said that after leaving office, Ashkenazi told close associates that the army was ready for an attack, but that he was convinced such an option would be a strategic error.

Dagan, after having quit Mossad, publicly called the idea “stupid”.

Israel and Western nations fear Iran is trying to build a nuclear weapon that could be used against Israel and other states. Tehran says its nuclear programme is for peaceful purposes.

Experts estimate that Israel, which has never acknowledged a nuclear arsenal, has at least 200 atomic warheads.