Israel will not release the fourth batch of Palestinian prisoners because of renewed Palestinian efforts to join international organisations. 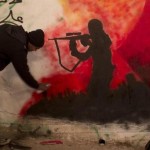 A spokesman for Tzipi Livni, Israel’s justice minister and the government’s chief negotiator, said on Thursday that the Israeli government had been working to finalise an agreement to free the prisoners when Palestinian President Mahmoud Abbas signed letters of accession to 15 international conventions.

Abbas said it was a response to Israel’s failure to release prisoners as promised, according to the Associated Press news agency.

Livni said the prisoner release was tied to the Palestinians avoiding unilateral moves, adding that the “new conditions were established and Israel cannot release the fourth batch of prisoners”.

Israel had promised to free 104 veteran Palestinian prisoners in four tranches, and in exchange, Ramallah pledged to freeze all moves to seek membership in UN organisations until April 2014.

But a crisis erupted at the weekend when Israel refused to release the final 26 prisoners, enraging the Palestinians who on Tuesday responded by resuming their approach to international agencies.

Private news channel correspondent; reporting from Jerusalem, said: “It’s almost like watching a game of ping-pong. Lipni said they [Israel] would apply sanctions if they [Palestinians] went to the UN.

“The Palestinians said, if you do that we will sue you for war crimes. The language is not conducive to talks. We have not had official confirmation that the talks are over, but things are not going well.

“We have seen peace talks come and go. All of these are just talks about talks, talking about a framework. No-one has sat down and discussed the future of Jerusalem. It is very difficult to see how this will ever be solved.”

The stalemate comes as Avigdor Lieberman, the Israeli foreign minister, prepares to fly to the US on Friday to meet with his US counterpart, John Kerry, who earlier this week rushed to the Middle East in a surprise visit to rescue the peace talks.

Lieberman’s office said in a statement on Thursday he would be in New York on Friday to meet Mayor Bill de Blasio and American Jewish leaders, reported the Associated Press news agency.

On Sunday he is due to speak on Israel-US relations and the peace talks at a conference in New York.

In Washington he will meet congressional leaders at Capitol Hill on April 8 and have talks with Kerry the following day, it said.

Kerry has been conducting more than a year of intensive shuttle diplomacy trying to broker Israeli-Palestinian peace.

However, talks hit crisis this week after Israel announced a fresh wave of settlement tenders and the Palestinians resumed moves to seek international recognition for their promised state.

In February, Lieberman – head of the hardline nationalist Yisrael Beitenu party – defended Kerry after he came under fire from other Israeli ministers for warning that the Jewish state faced growing delegitimisation if negotiations with the Palestinians collapsed and referring to “talk of boycotts”.

“We don’t agree with Kerry over everything, but he is a true friend of Israel,” Lieberman said at an economic forum.

Lieberman, a harsh critic of the Palestinian leadership and campaigner for Israeli Arabs to take an oath of allegiance or be stripped of their citizenship, has in the past been a less than welcome visitor in Washington, the AP reported.

But his February remarks were welcomed by State Department spokesperson Jen Psaki.

“It certainly is a powerful statement and a powerful message given his history and his background on these issues and where his view was,” she said at the time.