Testimony published in Israeli daily claims the 1988 killing of Abu Jihad in Tunis was planned by the Mossad spy agency. 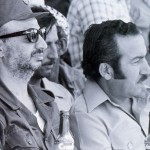 Israel has for the first time admitted assassinating the deputy of Palestinian leader Yasser Arafat in a 1988 seaborne raid in Tunisia.

The operation was planned by the Mossad spy agency and carried out by the Sayeret Matkal elite commando unit, a report published in Israel’s top-selling Yediot Aharonot said on Thursday.

Israel has long been suspected of assassinating Khalil al-Wazir, better known as Abu Jihad. But only now has the country’s military censor cleared Yediot to publish the information, including an interview with the commando who killed him, at least 12 years after the newspaper obtained the information.

The operation was commanded by Nahum Lev who, in an interview before his death in 2000, spoke frankly about his role in the operation – although it was never published then.

“Abu Jihad was involved in horrible acts against civilians … I shot him without hesitation,” the commando told Yediot.

A long-time friend and deputy to Arafat who headed the Palestine Liberation Organisation (PLO), Abu Jihad had played a leading role in directing the 1987-1993 intifada uprising against the Israeli occupation.

He was also blamed for a series of deadly attacks against Israelis before the uprising, including a 1978 attack on a bus that killed 38 Israelis.

“For us, it was the state of Israel which assassinated Abu Jihad,” said Mahmud al-Alul, a former assistant to the PLO deputy, and now a senior official in the Fatah movement of Palestinian President Mahmoud Abbas.

“Abu Jihad was not assassinated by a soldier but by a decision of the Israeli government and its military leadership,” he told the AFP news agency, saying it was clear to the world which Israeli officials were responsible.

“Everybody knows who the prime minister was and the defence minister, and the heads of the security establishment. For us, they are responsible for killing him,” Alul said.

Dozens of similar operations have been attributed to Israel over the decades. But Israel rarely takes responsibility, and this public acknowledgement gives a rare glimpse into its covert operations.

The PLO was based in Tunisia at the time of the killing.

According to the report, 26 Israeli commandos reached the shores of the North African nation of Tunisia on rubber boats.

Lev approached Abu Jihad’s home in the capital, Tunis, with another soldier who was dressed as a woman. The two pretended to be a vacationing couple, with Lev carrying what appeared to be a large box of chocolates. Inside the box, however, was a gun fitted with a silencer.

On finding the first bodyguard dozing outside in a car, Lev shot him in the head.

“When the other combatants received the signal that the outside guard had been neutralised, the members of the second group approached with equipment to break open the villa’s door. They rushed inside, wearing masks,” the report said.

One of the agents ran up the stairs with Lev behind him.

“He shot Abu Jihad first,” Lev said. “It looked like he was holding a gun. Then I shot him, a long burst, careful not to hurt his wife who showed up. He died. Other combatants confirmed the kill.”

A second bodyguard, and a gardener who was sleeping in the basement, were also killed.

“It was too bad about the gardener,” Lev said. “But in operations like this, you have to ensure that all potential resistance is neutralised.”

It was not clear why Israel’s military censor permitted publication of the report now, at least 12 years after the paper got the interview with the commando. The censor has authority to block publication of material deemed a threat to national security.