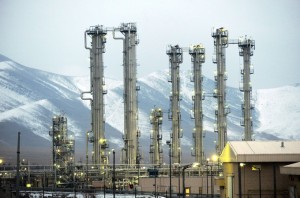 Iran’s vice-president has said that a dispute between world powers and the country over its heavy water reactor at Arak has been “virtually resolved”, state television has reported.

A report on Saturday quoted Vice-President Ali Akbar Salehi as saying the country proposed to redesign the Arak reactor to produce one-fifth of the plutonium initially planned for it.

The report quoted Salehi as saying that this move would end concerns the West had that Iran could use the plutonium produced at Arak to build a nuclear weapon.

“Iran has made a proposal to the P5+1 (group of world powers) to make certain changes in Arak and they have accepted. This question is virtually resolved,” he reportedly said.

The deal could involve the Islamic republic slashing its number of centrifuges, changing the design of a new reactor at Arak and giving UN inspectors more oversight.

The Arak reactor, located 240 kilometres (around 150 miles) southwest of Tehran, has the capability to provide Iran with plutonium capable of being used to make a nuclear bomb.

Iran insists the 40 megawatts reactor, whose construction is monitored by the International Atomic Energy Agency, is for peaceful medical research activity only.

It and the world powers P5+1 – Britain, China, France, Russia, the United States plus Germany – are to resume technical talks next month in New York ahead of further negotiations on a lasting nuclear deal, a senior Iranian official said on Saturday.

The talks would take place from May 5 to 9, Deputy Foreign Minister Abbas Araqchi told the state broadcaster IRIB.

In November, Iran clinched a deal with the world powers under which it froze some nuclear activities in return for some minor relief from crippling Western sanctions.

Last month Araqchi said Iran would not shut down the Arak reactor but could take measures to allay Western concerns over its nuclear facility.