Sydney; The NSW Government announced an interim product safety ban on a range of synthetic drugs, including cannabinoids and bath salts under Section 109 of the Australian Consumer Law (ACL). 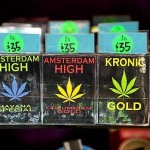 Minister for Fair Trading Anthony Roberts said the bans, which are in place for up to 90 days, apply to the sale and supply of named synthetic drugs that could cause serious injury and risk to consumers.

“These synthetic drugs have caused significant harmful and in some instances fatal side effects,” Mr Roberts said.

“The NSW Government toughened regulation of these drugs in 2011 by prohibiting a number of identified synthetic cannabinoids from sale. They are now treated in the same manner as cannabis, heroin and cocaine.

“New and different substances regularly appear on the drug market and it is challenging for governments to deal with this constantly changing environment, with it requiring action at both State and Federal levels – but we are determined to do all we can.

“The time to act is now, any delay compromises community safety and that is why we have determined this interim ban be immediately put in place.”

They are often sold under various product labels including bath salts or plant food with disclaimers that they are not intended for human consumption.

The concept of ‘colourable variations of the name’ has been added to the ban in order to deal with those circumstances where a person, in trade or commerce, seeks to circumvent the ban by making a minor alteration to the name of the banned goods.

For example, if a product were to change its name from ‘KRONIC’ to ‘KRONYC’, this could be said to constitute a ‘colourable variation’ in the name, as it is not dissimilar to the product’s original name and is likely intended to capitalise on existing branding and product reputation and an attempt to avoid the ban.

The interim ban has been specifically designed to negate the need for testing of substances by listing banned products according to their known brand name rather than their chemical compounds.

Mr Roberts said the NSW interim ban would help protect the community while governments determined a long term solution. However he called upon the community to realise that every time they consider using these products they are putting their lives at risk.

“Fair Trading can’t have an officer looking over the shoulder of every person in NSW who is thinking of consuming these products, nor can we be in every shop at once or monitoring every internet site that might be selling them,” he said.

“People will need to step up and realise that they are endangering themselves if they consume these products.”

Mr Roberts said the community can play a key role by informing Fair Trading if they find these products for sale on shelves and calling 13 32 20 to provide details of the product and its location.

Shop owners can also assist by removing any additional products they think may be synthetic drugs but which are not listed in the ban and by contacting Fair Trading.

Mr Roberts said Fair Trading had initiated urgent talks with other ACL regulators to advise them of its proposal to issue an interim ban on certain synthetic drugs, but would be seeking Commonwealth action to introduce a permanent ban across Australia.

Permanent product safety bans can only be issued by the Commonwealth, through the Australian Competition and Consumer Commission (ACCC).

“I will be writing to the Assistant Treasurer Bradbury and Health Minister Plibersek seeking their support for a permanent ban on these products,” Mr Roberts said.

“The Commonwealth Health Minister has publicly indicated a willingness to work with the NSW Government on removing these harmful products from the marketplace.

“The Minister also acknowledged publicly that these products are dangerous and have been known to lead to psychotic episodes, so I look forward to her cooperation in finding a permanent solution to this problem.”