India’s Prime Minister Narendra Modi has traveled to the disputed area of Kashmir, where he will become the first high-ranking political leader in 15 years to visit the Siachen glacier – dubbed the world’s highest battlefield. 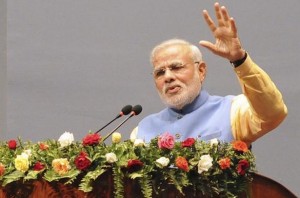 The visit on Tuesday comes amid heightened tensions in the disputed Kashmir zone, with India and its rival Pakistan trading accusations of ceasefire violations on Monday.

Modi landed in the Himalayan town of Leh on Tuesday morning, according to his official Twitter feed.

From there he will travel to the district of Kargil. The visit is the first since a 1999 Pakistan army incursion brought the two countries to the brink of war.

Pakistan on Monday summoned a senior Indian diplomat over a cross-border firing incident near the eastern city of Sialkot, which the foreign ministry said left at least one civilian dead.

The Pakistani authorities accused India of a “ceasefire violation” and registered a formal protest.

New Delhi and Islamabad agreed a ceasefire in 2003.

Despite the truce, firing along the disputed de facto border called the Line of Control, which separates Kashmir into Indian and Pakistani sectors, has occurred sporadically since 2003.

Both India and Pakistan claim the region in full and have fought two of their three wars over its control.

Since 1989, fighting between Indian forces and rebels seeking independence or integration within Pakistan has killed tens of thousands, mostly civilians.