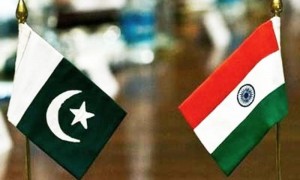 Sources said the Indian Ministry of Foreign Affairs (MOFA) has conveyed the decision to the Pakistan High Commission in New Delhi, and said that it will not send Foreign Secretary Sujatha Singh to Islamabad for talks scheduled for August 26. No official reason was given by MOFA.

According to the Times of India website, the decision comes after Abdul Basit met with Kashmiri Hurriyat leader Shabir Shah.

“At a time when serious initiatives have been taken by the government of India, the invitation to Hurriyat leaders raises question on Pakistan’s intention. Foreign Secretary Sujatha Singh’s visit to Pakistan on August 25 stands cancelled,” the ministry’s spokesperson Syed Akbaruddin said.

Congress had hit out at the centre for allowing the envoy to meet the Hurriyat leader.

The Congress had accused the government of doublespeak, questioning why the talks had not been called off and warned that it could be a “major security risk in the days to come”. The BJP had maintained it had taken the decision after much thought but has welcomed MOFA’s decision to cancel talks on Monday (today).

Earlier speaking to Dawn, a senior Pakistani diplomat had said Pakistan attaches immense importance to the meeting of the foreign secretaries.

“The meeting is fundamental to the future engagement. It would set the trajectory,” the diplomat said last month.