In October, Ms Bates read a letter to parliament on behalf of her son Ben Gommers, who was defending himself against what he claimed were constant media attacks about his appointment to a plum government job in Queensland’s transport department. 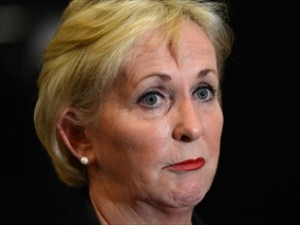 A parliamentary ethics committee last month found that Ms Bates had misled parliament when she read on behalf of her son: “At no stage did my mother employ me, nor did she ask anyone to give me a job.”

While the committee found Ms Bates’ statement misleading, they also found she did not know it was misleading, because she didn’t make the connection between the expression of her son’s opinion and the emails she had sent.

“I acknowledge that it is possible, although rare and unlikely, that a technically correct statement may be misleading,” she said.

“I note that as a member of this house I should endeavour at all times to ensure the accuracy of my statements as they may give rise to an unintentional misleading of the house, as was the case with this referral.”