The 69th Cannes Film Festival, filled with great moments and beautiful movies, ended on Sunday when the Palme d’Or was awarded to “I, Daniel Blake,” a film about a carpenter with a heart condition up against the heartlessness of bureaucracy, from the veteran British director Ken Loach. The award was presented by Mel Gibson.

The British filmmaker, Ken Loach who previously won the Palme d’Or for The Wind That Shakes the Barley, gave a passionate speech about the state of the economy and social and political systems while accepting his award.

The best actor prize was awarded to Shahab Hosseini, the star of Asghar Farhadi’s The Salesman. He previously starred in A Separation, also directed by Farhadi.

This is the first best actress win at Cannes for the Philippines. Brillante Mendoza won the first best director honor at Cannes back in 2009 for Kinatay. Another Filipino talent Raymond Red won the Short Film Palme d’Or in 2000.

The Canadian filmmaker Xavier Dolan won the Grand Prix, second only to the Palme d’Or, for “It’s Only the End of the World,” a decision booed by the press, who watched the ceremony in a live feed from a theater in the same building. “Thank you for feeling the emotion of the film,” Mr. Dolan said, choking up as booing continued from critics across the hallway. “The Happiest Day in the Life of Olli Maki,” a black-and-white movie about a boxer, from the Finnish director Juho Kuosmanen, was awarded the prize for Un Certain Regard, a section reserved for younger and sometimes more adventurous filmmakers.

The jury prize was given to Andrea Arnold for American Honey. Sasha Lane stars alongside Shia LaBeouf and Riley Keough in Arnold’s first U.S. feature about a teen runaway who takes up with a traveling youth crew.

Two filmmakers were given the honor of best director: Cristian Mungiu for Graduation and Olivier Assayas for Personal Shopper.

Assayas’ Personal Shopper stars Kristen Stewart as a woman who is a medium and searching for her dead twin brother. 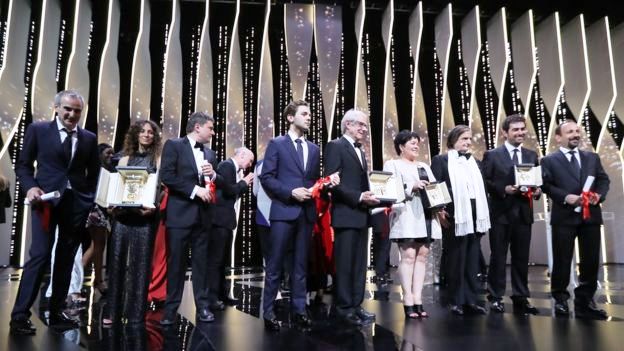 A full list of the festival winners is below:

Grand Prix: Xavier Dolan, It’s Only the End of the World