The Android Wear-powered Huawei Watch, due mid-2015, is designed to give smartwatches a more classical look. Also new: the TalkBand B2 and N1 Bluetooth fitness trackers and bigger brand ambitions for the Chinese company.

Huawei has unveiled a series of wearable devices including the Huawei Watch, TalkBand B2, and TalkBand N1 for consumers to stay connected, on the eve of Mobile World Congress (MWC) 2015.

The Huawei Watch will arrive in mid-2015, perhaps in June, Yu said, but he didn’t reveal a price. The company is competing with established Android smartwatch players including Samsung, LG Electronics and Motorola. Soon it will get another competitor with a lot of clout with the arrival of the Apple Watch, which the company is expected to detail March 9. 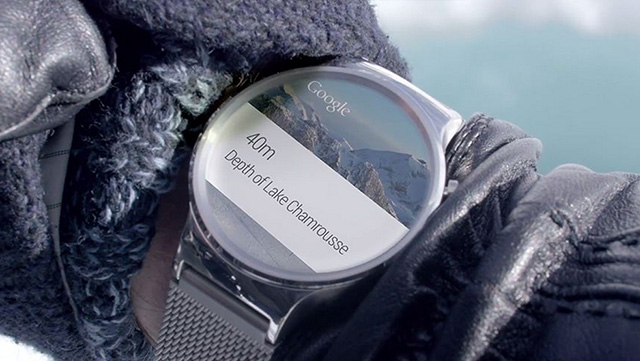 “We’re trying to make Huawei a more fashionable brand,” says Richard Yu, CEO of Huawei’s consumer division. “We’re trying to change our image.” Yu says Huawei’s cachet is already ahead of Chinese competitors like Xiaomi, which he describes as an “ultra low-end” brand “for low-end people.” Despite Yu’s bluster, the odds are still stacked against Huawei, especially in the US. But the company is serious about this struggle.

Development of the Huawei Watch was led by Ben Norton, a watch designer that previously worked for Fossil in the US and in Switzerland on brands like Emporio Armani. “I had this opportunity to start designing smartwatches, and had a vision shared by many of my colleagues to have a smartwatch that was very much like a traditional watch,” Norton says. “We just believe that the consumer wants an actual watch that feels like a watch.”

Huawei is fully behind Norton’s vision. “Samsung already launched its watch, but the design was ugly and no one wanted to buy it,” says Yu, who believes that the Huawei Watch’s focus on classicism and authenticity will set it apart. He says the Apple Watch design is “good, it’s okay, but I think their smartwatch design is not a traditional, classical one. Our design is differentiated from them. Many people love this style; people have a loyalty to the tradition.”

“If it’s too cheap, no one will want to use it,” says Yu, noting that the entry-level Apple Watch is made of aluminum. Pricing is yet to be announced, but both Yu and Norton indicate that it will be reasonable; the watch won’t be out until June, and Yu says he’ll be observing Apple’s sales with interest. The CEO also says the company would like to have a presence in traditional watch stores and is considering a model where the watch could be made of more expensive materials, like 18- or 24-karat gold, but feature upgradable components to avoid technical obsolescence.

Huawei was the third largest smartphone maker in the world in the second quarter of 2014, according to research firm IDC.