SHENZHEN: China’s Huawei Technologies Co Ltd, the world’s No.2 telecoms equipment maker, on Wednesday shrugged off analysts’ concerns that its growth will suffer from media reports alleging the United States accessed servers at its Shenzhen headquarters. 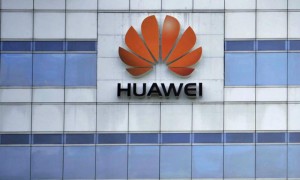 Last year’s revelations of global US surveillance programs have undercut some US-based multinationals’ businesses in the world’s second-biggest economy, as Beijing pressured Chinese enterprises to avoid purchasing US products.

IBM Corp reported last week that China earnings for the first quarter fell 20 percent, the third consecutive quarter of 20 percent declines, as it struggled to restore trust in the wake of Snowden’s leaks.

Analysts at a conference in Shenzhen raised concerns about Huawei’s business suffering from similar worries over the security of its products, following the New York Times and Der Spiegel reports.

But Xu expressed confidence Huawei, long hounded by US lawmakers’ accusations that it is a tool of Chinese state espionage, would not be negatively affected.

“On the NSA … it does not have a big impact on business growth,” Eric Xu, Huawei’s executive vice president and one of its rotating CEOs, told an analyst conference on Wednesday in Shenzhen.

“But it has an impact on workloads, in communicating with and persuading current industry stakeholders (that products are secure), and that’s more tiresome.”

Xu also revealed that the private company’s system of rotating CEOs would end and Huawei eventually would be managed by a leadership team rather than an individual.

While Xu gave no indication of when the new management structure would be in place, his comments shed some light on how the company intends to permanently replace powerful founder Ren Zhengfei, 69, as chief executive.

“I can clearly tell everyone here that in the future the successor to Mr. Ren will not just be one person,” Xu said.

Ren has ruled out handing over the reins to his son or daughter who work at Huawei, saying his children do not have the qualities required to lead the company.

Whoever runs the company in the years ahead will be looking to move beyond the core carrier business and seize opportunities in enterprise as well as smartphones, which contributed the most to revenue growth in 2013.

Its carrier business, where revenue growth is slowing, will shrink to 50 to 60 percent of its total revenues in 2018, according to Xu, from about 70 percent last year.

The firm also sees its investment in information technology to rise 14 percent in 2014, with a focus on 4G LTE (Long-Term Evolution) and 5G high-speed mobile networks, and cloud computing, Fan Chen, vice president of accounting, said at the Shenzhen conference.