With the announcement of the recently concluded China-Australia Free Trade Agreement (CHAFTA) between Australia and China, followed by the Labor Party’s Asian Century White Paper and the Liberal Party’s New Colombo Plan, few could fault Canberra for not taking trade with China seriously.

Australia has set the structural framework to open and accelerate trade links, and established a platform to produce a new wave of China-literate and bilingual talent into the local workforce.

But inevitably the future face of business in China will not just be the Australian participants of prestigious student exchange programs.

Chinese international students studying in Australia could ultimately play a decisive role in fulfilling Australia’s regional trade ambitions under the new FTA agreement. But haigui, orreturning sea turtles as they are known in Mandarin, who have studied in Australia are too often overlooked as a short-term commodity rather than as an investment for the future.

Each year Australia effortlessly supplies an enormous cohort of potential trade envoys to the region, including China, and with no cost to the Australian taxpayer.

Now that trade liberalisation will open new markets in China for Australian goods and services, it is international students returning to China who are best placed to connect Australia with the market for live cattle, milk, and other products over the coming years.

Connecting Australian farmers and other companies to the local market in China is no easy feat. China is ranked 128 in the world by the World Bank Group for starting a business and the Chinese Government has tightened regulations for foreign companies operating in China in recent years.

A white face and broken Mandarin are a meek force to navigate the labyrinth of bureaucratic paperwork and regulatory requirements, not to mention negotiating, and coordinating logistics under a diversely different — and at times archaic — model of doing business.

Australian entrepreneurs and companies need local partners in China who they can trust. Returning international students who are bilingual and familiar with the Australian way of life will help to tick that box. 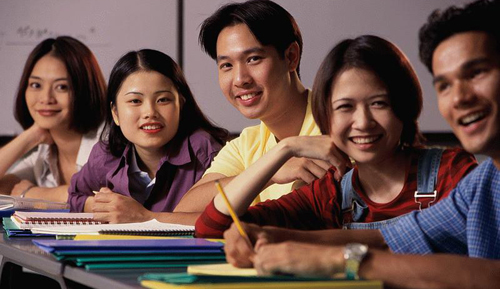 Unless returning international students work for an Australian company in their home country, they quickly lose connection with Australia.

Australian companies with operations in China should be opening their doors to international students for short-term internships in Australia before transferring talent to their offices in Asia.

International organisations with a branch in Australia, including KPMG, could introduce a similar program for talent identification and training.

Government funding could be also be allocated for international students to participate in entrepreneurial incubator projects. These projects provide training, mentoring and foster new trade channels between Australia and the region.

Further investment is then necessary to ensure that international students in Australia are better integrated into Australian society. An isolated experience studying abroad in Melbourne or Sydney does not augur well for promoting bilateral understanding or developing future trade and people-to-people connections.

Organisations such as the Australia China Youth Association play an important role in fostering social and cultural integration in universities and there is far more potential to link Chinese students with young Australians learning Mandarin.

Abroad, we must encourage returning international students to stay engaged with networks including the Australia Chamber of Commerce, the Australia China Young Professionals Initiative, alumni associations and Embassy events.

Trade is unequivocally a two way street, and if Australia is to truly realise its economic potential under the new free trade agreement, we can’t afford to lose these connections and squander the sizeable pool of talent returning to China.

The writer, Oliver Theobald, currently works in Beijing and is the Co-founder of Asia Options.

The article was first published in Business Spectator.