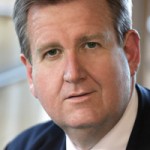 “This is an historic reform that delivers a positive outcome for NSW, as well as the broader national interest,” Mr O’Farrell said after signing the agreements with the Prime Minister in Canberra today.

“NSW has always supported funding infrastructure projects for the Basin and I am pleased to sign these agreements with Prime Minister Tony Abbott,” he said.

“This shows what can happen when sensible discussions take place with a Federal Government prepared to listen in a constructive fashion.”

Mr Stoner said the NSW Liberals & Nationals Government drove a hard bargain to protect the interests of the state’s farmers and irrigators.

“The offer put forward by the former Labor Government was unacceptable to the NSW Liberals & Nationals and I’m pleased we’ve been able to secure agreement with the Federal Coalition Government so swiftly,” Mr Stoner said.

“The NSW Government has always maintained that in managing and securing water for the Basin infrastructure projects should be prioritised over water buybacks.

“I’m especially pleased at the funding that has been provided to boost water infrastructure in NSW, which includes significant projects at the Menindee Lakes and in the Nimmie Caira area of the lower Murrumbidgee Valley.

“By signing the Basin Agreements, the NSW Government will be securing for Basin communities throughout NSW an additional $80 million funding over the next eight years, which will go towards developing further infrastructure and water management projects, water resource plans, and other activities implementing the plan across the State.

“This funding will not only benefit NSW, but the entire Murray-Darling system.

“It’s important as we face drought conditions across many parts of the State. One of the challenges I’m very keen to address, in addition to getting rural and regional communities through this drought, is to prepare them for the next one as well.

“Only this week, I announced $40 million in funding for regional infrastructure projects to improve water security, on top of a package to provide additional assistance to farmers in drought-affected parts of the State like transport assistance and emergency water infrastructure grants.

“After years of putting the issue in the ‘too hard’ basket, this finally locks in an agreement so farmers and regional communities can now plan for the future with certainty and confidence,” he said.

“This agreement, approved by Cabinet, has been secured because of the hard work of the Minister for Primary Industries Katrina Hodgkinson who has consulted extensively with stakeholders to achieve an outcome that benefits all Basin communities.”