CAMDEN: As deaths from heroin and powerful painkillers increase throughout the US, governments and clinics are working to put a drug that can reverse an opiate overdose into the hands of more paramedics, police officers and people who abuse drugs. 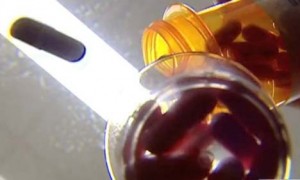 Supporters say the opportunity to save potentially thousands of lives outweighs any fears by critics that the promise of a nearby antidote would only encourage drug abuse.

At least 17 states and the District of Columbia allow naloxone commonly known by the brand name Narcan to be distributed to the public, said Jeffrey Levi, executive director of Trust for America’s Health, a national nonprofit that focuses on preventive health care. At least 10 of those states allow for third parties, such as a family member or friend of an intravenous drug user, to be prescribed it.

Among them is New Jersey, which passed a law last year that allows members of the public to carry naloxone administered through a nasal spray or injection into a muscle after getting training.

Naloxone is regarded within the medical community as highly effective when used properly. A study conducted during a state-supported pilot of naloxone distribution and overdose education in Massachusetts showed it was 98 percent effective in attempts to rescue a person who overdosed.

An overdose of opiates essentially makes the body forget to breathe. Naloxone works by blocking the brain receptors that opiates latch onto and helping the body “remember” to take in air. The antidote’s effects wear off in about a half hour, and multiple doses may be needed.

Bills are pending in at least seven states to increase access to naloxone. In Tennessee and Utah, doctors would be allowed to prescribe it, and civil liability for those who administer it would be dropped. A Wisconsin bill seeks to broaden access to naloxone and provide legal immunity to drug users reporting an overdose.

Marty Walsh, the new mayor of Boston, this month called for all first responders to carry naloxone.

The White House drug policy office is also urging all first responders to have naloxone on hand. In 2012, the Food and Drug Administration held hearings on making naloxone available over the counter, but it has not yet done so.

Naloxone is available by prescription in the United Kingdom, but an advisory council has called for over-the-counter distribution. Prescription take-home programs are in place in Australia, Canada, Estonia and Russia. Norway plans to distribute nasal spray kits to drug users in its two largest cities.

But not everyone supports the idea of making it more widely available.

In Maine, where heroin overdoses increased fourfold from 2011 to 2012, Gov. Paul LePage opposes a bill that would allow health care professionals to prescribe it and allow more emergency responders to carry the drug.

LePage, who wants to add 14 new drug enforcement agents in the state, has said the drug provides “a false sense of security that abusers are somehow safe from overdose if they have a prescription nearby.”

Dr. Marcus Romanello, the chief of the emergency room at Fort Hamilton Hospital in Ohio, said he believes police should carry naloxone but is wary of giving it to the public.

The drug’s backers say it’s crucial to train relatives or friends of addicts because the person overdosing is likely sick or unconscious and unable to self-administer the antidote. It also must be given within a certain window; most overdoses occur within a half-hour to three hours after injecting too much of a drug.

Naloxone wouldn’t, therefore, have helped actor Philip Seymour Hoffman, who died of an apparent heroin overdose this month in his New York apartment and is believed to have been alone as he took drugs. He was already dead when discovered.