Halal meat, halal consumable products or a halal service has never been harmful to any 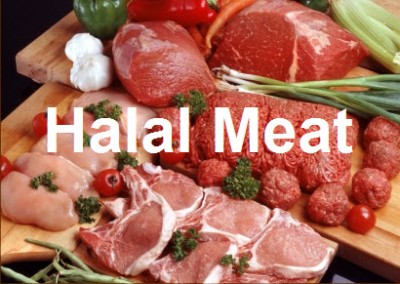 person, group or community in any part of the world including Australia, same as other special diet products and consumable items like vegetarian, kosher meat, and gluten-free products are not harmful to anyone.

As a human being, we pass our lives with different faiths, traditions and food. In a civilised society people are free to pass their lives with their own choice of faith, traditions and food as long as these practices do not harm others. And, certainly, eating halal meat or using halal products do not harm those who don’t use halal meat or products. Yet, some people need to raise matters with certain issues to fulfil their own vested interest.

Recent article published in one of the leading Australian national newspapers, on banning halal products, can be acceptable as their own views but cannot be accepted by all Australians as their own demand because Australia is a multicultural society where every citizen has right to have their own choice of belief and choice of type of food they want to eat.

As far as Halal meat and products, Islam is not the only religion that prohibits certain types of foods and practices. Almost every religion has its own defined rules and principles for passing life.  The demand of banning halal food in the published story has not only disheartened about 800,000 Australians of Islamic faith but it is an absolute conflict to our multicultural Australian values.

In regards to the Halal food, it is the dietary standard for 2 billion Muslims in the world including about 800,000 in Australia. In Islam, a dietary requirement is to have no pork or pork products, alcohol, and the meat must be slaughtered in accordance to strict guidelines defined in the Holy book of Quran. For example; for meat to be halal, the animals need to be cared for with compassion and consideration so that it can be purified to eat. Making meat a halal meat is a process of killing, and cutting an animal according to a way that is permissible in the Quran. The point here is if someone shoots an animal by gun or cut the throat by a knife, the objective is to kill the animal to process the body for meat to consume by human beings as their diet. Secondly, if the producers, suppliers and store-keepers need to have to an extra label of ‘halal’ then they have no problem of doing so as that extra labelling cost is included in their price of the item. It is not only the ‘halal’ meat requires to be labelled for Muslims, there are other ethnic communities and people from other faith who need to have their dietary food labelled properly. Thirdly, raised as an issue in the story, until now no government authority or crime commission has found any links between the Halal food certification bodies and financing terrorist groups. These anti-halal campaigners should bring such evidences to the crime commission authority, and if any individual body is involved in that sort of illegal activity then that particular body must be dealt with law. These anti-halal campaigner should not create divisions in our multicultural society and create hatred.

According to Dr V K Modi, head of department of meat technology at the Central Food Technology Research Institute in Mysore, the method of halal meat processing is effective in draining out most of the blood from a slaughtered animal, which is vital if its meat is to be soft. “In jhatka (non-halal), chances of blood clotting are higher. This could spoil the meat if it’s kept uncooked for a few days. It could also make the meat tougher to chew.”

Please keep in mind, that Australia is the largest meat supplier to the Muslim countries including entire Middle East, Africa, Pakistan, Bangladesh, and Indonesia. If these anti-halal campaigners continue their campaign they will not be helping the Australian meat farmers & exporters and at the same time tarnish the Australian reputation around the world.