A STRING of grenade blasts have shaken a northern Thai city popular with tourists, leaving several people wounded in attacks police say could be linked to the kingdom’s deadly political crisis. 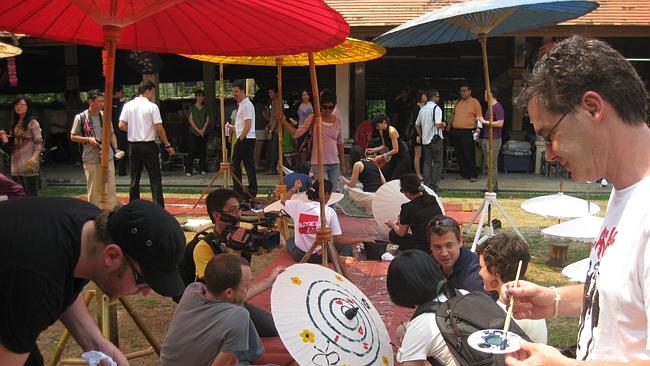 The targets were a seafood restaurant, a petrol station and a brewery that has faced criticism because of its controlling family’s links with anti-government protesters.

Four people were wounded but were out of danger on Saturday and had returned home, Chiang Mai provincial police commander Grit Gitilue said.

“We established two possible motives for the attacks — personal conflict or politics. We are giving more weight to the second one,” he said, adding that no suspects had been arrested.

Two grenades were also fired near an anti-government rally in the eastern province of Chonburi on Friday evening but nobody was hurt, police said.

The unrest is a blow to efforts to lure back tourists after a state of emergency was recently lifted in Bangkok in response to an easing of months of political violence that has left 23 people dead.