ISLAMABAD: The government and Taliban committees met at the Punjab House on Saturday to discuss holding direct talks with the Taliban shura. 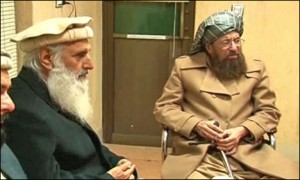 According to sources, the two sides have agreed on the location for holding direct talks with the Taliban shura. Meanwhile, speaking to Geo News, Maulana Sami ul Haq refuted rumours regarding the Taliban refusing to meet outside Waziristan.

The meeting on was attended by the members of both committees as well as by the Federal Interior Minister, Chaudhry Nisar Ali Khan.

It was reported earlier, that the government in an effort to make the negotiations a success had proposed holding talks in the office of the Political Agent of North Waziristan, while it was rumoured that the Taliban committee demanded that talks be held somewhere in Makeen or Ladha.