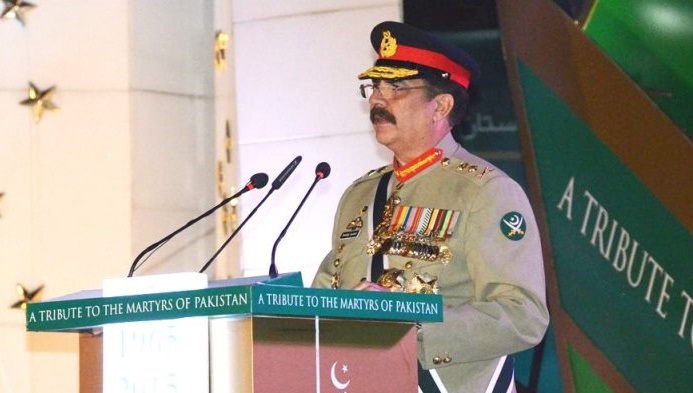 ISLAMABAD – – As Pakistanis celebrated its 50th Anniversary of Defence of country during 1965 war the Chief of Army Staff (COAS) General Raheel Sharif made it clear that Pakistan’s armed forces “are fully capable to counter any external aggression…He warned “whether it is cold start or hot start. We are ready.”
Addressing a special ceremony to pay homage to martyrs of Pakistan at GHQ, Rawalpindi, in connection with Defence Day, he said that, “If the enemy tries to impose short or prolonged war on us, it will have to pay an unbearable price.”
He went on to say that Pakistan has been facing terrorism and unconventional war for the last many years. The COAS further said Operation Zarb-e-Azb was started at a time when chaotic forces were challenging the state of Pakistan and law and order situation in the country was at its lowest ebb. General Raheel Sharif said the incident of attack on Army Public School, Peshawar was the worst example of brutality and tyranny.He added that the sacrifices of martyred students and the patience of their parents gave a new energy to the nation\’s determination to fight the menace of terrorism.He also said most of the terrorists involved in this incident have met their fate. 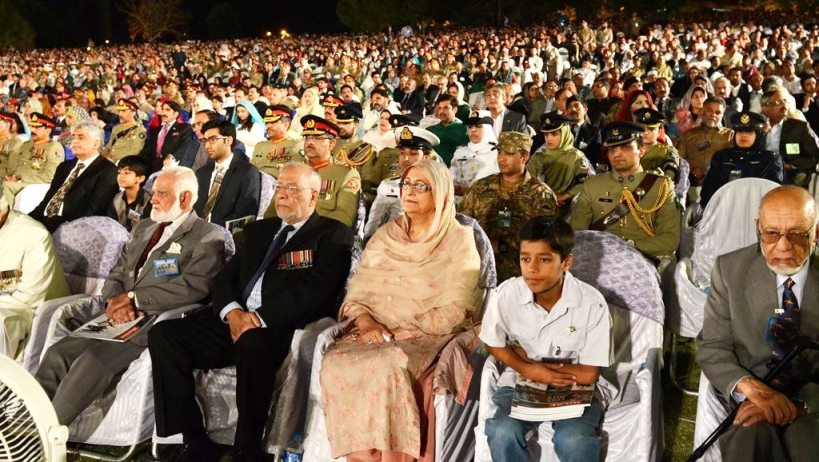 The Army Chief further said armed forces and other security institutions through their sacrifices have established the writ and supremacy of the state.Some excerpts from his speech:“I am extremely proud that today we have amongst us the veterans of that war.”“It has been 50 years since 6 September 1965. Over this period, Pakistan has seen many ups and downs. I can say with a lot of conviction that today our country is much stronger and Pakistani Nation more resolute than ever before. This successful journey was only made possible due to the supreme sacrifices of the martyrs and war veterans of this great nation.”

General Sharif also continued: “Today I reiterate the resolve that we shall not relent until all terrorists, their financiers, abettors, facilitators and sympathisers are brought to justice.”“Our national struggle against terrorism has played a vital role for regional and international peace. We hope that the international community acknowledges our extreme sacrifice and would assist us in this endeavour without any prejudice.” 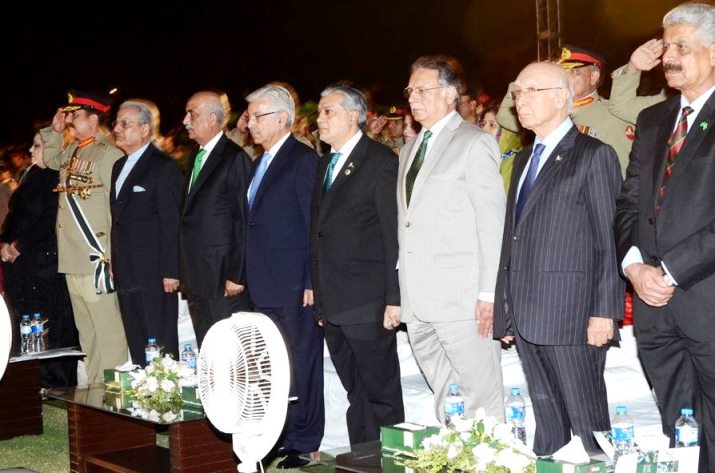 “It is pertinent to mention that Kashmir is the unfinished agenda of the partition in sub continent. The innocent people of Indian occupied Kashmir are being subjected to injustice and atrocities for over the last seven decades. It should be clearly understood that enduring peace in the region will not be possible without a just resolution of Kashmir. The issue can no longer be put on the back burner. The time has come that Kashmir issue should be resolved in line with the aspirations of its people in accordance with UN resolutions.” 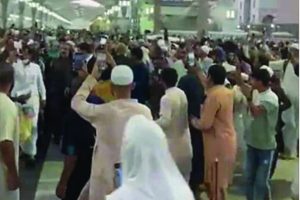