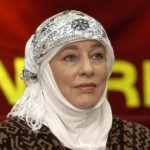 Every single day since the horrific killings of the Charlie Hebdo staff, headlines around the world have been dominated by the fallout from the incident. In truth, though, each day has left me more confused about France’s position on free speech, which we are all being led to believe can be used and abused without restriction.

Defending their position on attacking Prophet Muhammad, peace be upon him, white French intellectuals insist that they attack every single religion without fear or favour; and with impunity. It then emerged that Maurice Sinet, aged 80, who works under the pen name Sine, faces charges of “inciting racial hatred” over a column he wrote in Charlie Hebdo.

The piece ignited a debate among the Parisian intelligentsia and ended in the dismissal of the Left-wing cartoonist who has since been charged with anti-Semitism for suggesting that Jean Sarkozy, the son of the former French president, was converting to Judaism for financial reasons. With obvious hindsight, being sacked probably saved Sinet’s life.

Meanwhile, as more than a million people rallied in Paris in support of the magazine, many holding placards with the Twitter hashtag #JeSuisCharlie, world leaders also joined hands and marched at their head; or so we were told. Some of the political big names who took part were British Prime Minister David Cameron, German Chancellor Angela Merkel, Spanish Prime Minister Mariano Rajoy, Malian President Ibrahim Boubacar Keïta, Palestinian leader Mahmoud Abbas and former French President Nicolas Sarkozy. It has emerged since, however, that most of them gathered in Boulevard Voltaire with the victims’ families, and the road was then sealed off. The leaders’ “protest march” was a photo opportunity in a well-guarded, near-empty street.

Israeli leader Benjamin Netanyahu was also there despite presiding a few months earlier over a war against the people of Gaza in which 17 journalists were killed by his soldiers; hardly an act by a state whose prime minister went to Paris to promote free speech. Marching near him was a representative of Saudi Arabia who kept silent about the plight of Raif Badawi; the imprisoned blogger had by then already received the first 50 of 1,000 lashes, part of his punishment for running a liberal website devoted to, erm, yes, you’ve guessed it, freedom of speech in the kingdom.

The day after the rally we heard that Netanyahu was demanding an apology from the London-based Sunday Times for a cartoon by Gerald Scarfe which was published in the Murdoch-owned newspaper. It depicted the Zionist leader as a bricklayer cementing Palestinians into a wall using blood red cement; Scarfe’s work is brutal, bloody and brilliant when it comes to satire, and it has appeared in the paper every week since 1967.

Accusations that the cartoon was anti-Semitic are nonsense. It didn’t mock Judaism, target Jews or depict the object of its attack with any religious symbolism at all. Nevertheless, the drawing exposed just how sensitive Israel and Netanyahu are when it comes to satire and free speech.

Rupert Murdoch called the cartoon “offensive and grotesque” and then apologised for the caricature. The media mogul made his apology days after sending out an unrelated tweet attacking the world’s 1.8 billion Muslims and inferring that we are all somehow to blame for the horrific killings at Charlie Hebdo and the kosher supermarket which was also attacked a couple of days later.

Back in London, just hours after marching alongside Netanyahu in Paris in the name of liberté and a good photo opportunity, David Cameron was helping to revive the Snooper’s Charter. It seems that the prime minister will only support free speech when it can be accessed and reviewed by the state security services.

While all of this was going on, back in France anti-Semitic comedian Dieudonne M’Bala M’Bala was arrested after he appeared to compare himself with one of the armed gunmen who murdered four people at the Jewish supermarket in Paris. After mocking the media superlatives scattered about liberally to describe the #JeSuisCharlie march, the comedian declared, “As for me, I feel I am Charlie Coulibaly.” He was referring to Amedy Coulibaly, the man who took hostages and killed people in the supermarket before being killed himself by police officers. The French police say that M’Bala could face charges of making an “apology for terrorism” and state prosecutors opened a formal investigation on Monday night into remarks he made on his Facebook page. What he said was, in my opinion, in poor taste and showed a distinct lack of judgement; which just about sums up my feelings about the cartoons in the latest issue of Charlie Hebdo.

The circulation of the “satirical” magazine is this week set to soar to around five million copies in a number of languages, including English and Arabic. It is being funded by donations from other media organisations, including Britain’s Guardian Newspaper Group, and the French government. This would be unthinkable for the British Private Eye, which is merciless in lampooning the government and any public figures which enter its crosshairs.

As for free speech in America, some confuse that with pure invention, like daft Steven Emerson. The so-called terrorism expert on the right-wing Fox News channel claimed that Birmingham, Britain’s second largest city, is “a totally Muslim” city “where non-Muslims just simply don’t go”. The discussion, on the back of the Paris killings, was about supposed no-go zones in Europe where Muslims are apparently in complete control. More apologies followed.

While the Parisian deaths are indeed a tragedy, no one mentions the former French colony of Syria where dozens of innocent civilians are killed every hour at the hands of the brutal Bashar Al-Assad regime. Not to be outdone – and to cap it all – Assad joined in with some crocodile tears of his own along with a few double standards and a liberal dose of hypocrisy when he extended his sympathy to the people of France. “We are against the killing of innocent people anywhere in the world,” he said without a hint of irony. “At the same time, we want to remind people in the West that we have been talking about such consequences since the beginning of the Syrian crisis.”

More than 200,000 people have been killed since a rebellion against the Assad family’s four-decade rule began in March 2011, triggering a brutal crackdown that is tearing the country apart. Bashar Al-Assad made his statement in an interview with Czech publication Literarni Noviny. Some might call his interview the ultimate in satirical journalism.

After all of this, the issue of freedom of speech is, I’m afraid, still as clear as mud. Je suis definitely confused.