Four of the six suspects accused of trying to kill a former general from the Rwandan army have been found guilty of attempted murder by a South African court while two others were acquitted. 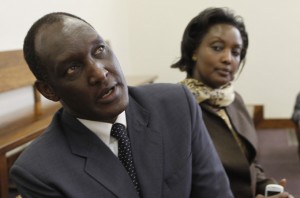 Faustin Kayumba Nyamwasa fled Rwanda in 2010 for South Africa after falling out with President Paul Kagame.

In 2010, the attack in Johannesburg the men were charged over left Nyamwasa wounded in the stomach.

Nyamwasa does not blame the four who were found guilty of attempted murder.

“He said they were used by the Rwandan government and he even would not mind them getting a parole,” Page said.

Page added that the judge was convinced that the murder attempt was politically motivated by person in Rwanda.

In 2011, police broke up another plot to kill the general, and early this year armed men attacked his Johannesburg house in a separate incident.

Nyamwasa’s lawyer said several times that the evidence linking the incident to the Rwanda’s government was clear, accusing Kagame of wanting revenge.

The Rwandan government has denied involvement in the murder attempts and related allegations.