Australia, as it emerges from the global financial crisis and the resources boom, is entering a new chapter in its economic history buffeted by five mega-trends.

These trends, according to a banking industry study by management consultancy A.T. Kearney, pose both opportunities and threats to the country’s economic success.

They are, for the most part, beyond the control of government policy or political viewpoints.

However, if the companies miss this opportunity, they could be driven out of their home market by cheaper products coming in from Asia.

Here are the five megatrends, according to A.T. Kearney:

Australia’s population is not only growing, it is also getting older. Over the past three decades, the economy has benefited from this larger population and its growing share of people who are of working age.

This means, over time, a smaller group of workers will be supporting a larger group of retirees. The maths simply don’t stack up, so there will be changes.

This ageing population will create both opportunities and obstacles. The opportunities will be mostly around wealth accumulation.

While becoming older, Australians have also become richer with average net worth rising more than 40 percent from $0.5 million to $0.7 million in the past 10 years.

Australians are also accumulating funds at a faster rate with a net saving rate of 11% of disposable income.

Both these trends point to larger balances and faster growth of funds available for investment in building the new economy.

In an optimistic scenario, Australia will be rich in capital and funds from savings and pensions being productively deployed. These funds find their way to growth investments to build the new economy and allow the country to become a net exporter of capital. In turn, investments result in productivity improvements which sustain GDP growth.

However, in a pessimistic scenario, capital is cautious, and GDP growth declines. Wealth balances are substantial, but they are locked in unproductive, low-risk investments which don’t fuel the economy. In addition, low yields combined with high longevity costs translate to a high social bill. As a result of productivity initiatives not finding funding, GDP growth begins to drop.

The rapid increase in income and the expanding population in Asia are big themes in the global economy, and they will have a big effect on Australia.

In an Asia-driven world economy, a close integration is instrumental for Australia’s future, and some would argue, it is inevitable. Australia’s economy is connected with Asia on three important dimensions: trade, capital, and people.

Trade grew with an average of 18% per year, rising from U$46 billion in 2002 to $250 billion in 2012. Exports from Australia to Asia have grown faster than imports to Australia, primarily driven by the increased demand for resources in Asia, particularly China.

Outgoing investment has been more volatile but has grown 200% in the same period, reaching $3 billion in 2011. Currently, Australia is a net importer of capital.

Migration from Asia to Australia grew 12% per year in the decade leading up to 2011, with China and India as major contributors.

This growth includes permanent and temporary migration, which encompasses Asians spending a limited amount of years in Australia for their education and Australian workers on assignments in Asia. Of Australian emigrants, 40% are moving to Asia.

In trade, the large and growing Asian countries could represent a highly attractive export market beyond the resources sector that currently accounts for a big part of exports.

In capital investments, a closer integration with Asia could provide Australia with access to capital that is seeking returns in a low-risk environment. This in turn can be used to fuel Australia’s growth investments.

In migration, the local market in Australia could grow thanks to permanent and temporary migration, which will bring a bigger marketplace in general and more opportunities for products and services focused on immigrants in particular.

However, closer integration with Asia could cause stiffer competition for local players as Asian players enter the Australian market, leading to value degradation for local businesses.

In an optimistic scenario, local businesses could grow because of access to Asian consumers and the bigger marketplace. In addition, foreign investment and immigration could drive growth of multiple local sectors, including education, tourism, real estate, professional services, and financial services.

In a pessimistic scenario, competition from low cost imports could increase, leading to a progressive demise of the local sector and growing dependence on Asia. Value could also be eroded by low-cost Asian competitors. Economic growth could be constrained by limited access to capital if Australia fails to appropriately attract Asian capital.

3. The rising impact of digital

A digital tsunami is driving structural changes in industries across the world. The impact of this change on Australia’s economy, individual businesses, and consumers will be significant.

The overall economic impact of implementing the National Broadband Network is expected to be more than 1.2% of GDP per year.

Opportunities for the Australian economy include: 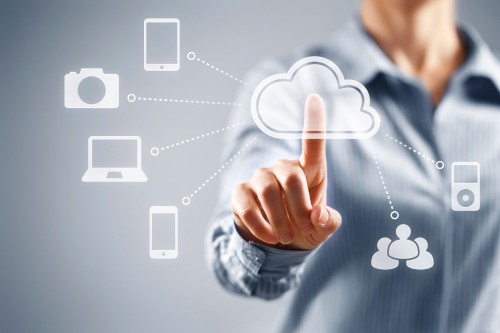 The downside includes a more volatile digital environment due to shorter development cycles and low barriers to entry, stiffer competition from foreign players and Security and privacy risks if doing business online comes with a loose or absent regulatory structure.

An optimistic scenario is characterised by a boost in economic growth as Australian companies expand into global markets, powered by increased connectivity and innovation across all sectors of the economy, including a thriving tech startup sector. At the same time, digital developments substantially increase productivity and boost economic output. Foreign players will enter the Australian marketplace but will nurture a healthy competitive environment across all sectors.

In a pessimistic scenario, economic surplus gradually erodes across sectors and has a negative impact on GDP growth. Lack of consumer trust because of the security and privacy risks of doing business online hinders innovation and limits growth. Growth of local businesses slows down or declines as a result of increased foreign competition from companies riding the digital tsunami unencumbered by the requirements of brick-and-mortar businesses.

4. Global capital is “scared” and expensive

Although the quantity of global capital has recovered and even surpassed levels from before the global financial crisis (estimated at $240 trillion mid-2013), capital remains more risk averse than pre-GFC.

The flow of cross-border capital has dropped 70% from the 2007 peak.

Capital also became more risk averse on a household level, where investments in equity dropped in favour of holding funds in deposits.

Capital is more expensive to attract. Investments with similar risk levels now demand higher returns than a few years ago. The spread for A-rated corporate bonds has increased compared with pre-crisis levels, implying that a higher risk premium is demanded for the same levels of risk.

Looking ahead, it does not seem likely that the cost to attract capital will decline.

This development can bring opportunities for Australian capital in the form of increased potential returns and a broader variety of investment opportunities.

High returns could be expected if there is excess domestic capital willing to venture into global opportunities, while other countries stick to home markets.

However, risk averse and expensive capital brings threats as well. If capital is not available or invested in low productive alternatives, local enterprises become capital starved, which in turn stifles growth.

In an optimistic scenario, Australia could become a capital-exporting country. Its capital will generate healthy returns in the global marketplace, the abundance of investment opportunities will make diversification easier, and the country would benefit from a healthy global portfolio.

In a pessimistic scenario, domestic capital is locked up, forcing Australia to import capital for which high returns will be demanded. This will slow down investments and lead to on average low returns, low innovation, and high costs.

Demand for energy, steel, food, and water has been growing over the past several decades.

In the years to come, demand for natural resources will continue to grow, putting more pressure on prices and potentially on geopolitical stability.

The increase in demand is underpinned by a worldwide population expansion and accelerated income growth in emerging economies with up to three billion more middle-class consumers expected by 2030.

Price volatility, which has already increased over the past decade, is expected to continue to rise as a result of increasingly harder-to-find resources and the use of more expensive methodologies to source the supply.

For Australia, global scarcity of resources can be good news. If the country can maintain its surplus of key resources, opportunities will be plentiful.

As a resource-exporting country, Australia will be well-positioned to profit from the increased global demand and higher prices on global markets. Greater demand will also bring development opportunities in various sectors, including agriculture and infrastructure, which in turn will attract foreign investment.

In an optimistic scenario, Australia is a diversified resource exporting country. The economy will benefit from domestic resource availability and high export prices. Investments in and innovation by resource sectors such as infrastructure, agriculture, and mining will underpin economic growth. Innovation becomes a competitive advantage and is leveraged on a global scale.

In a pessimistic scenario, Australia is no longer a pure exporter but relies more on imports. More imports creates more exposure to price volatility on global markets, which will add costs to sectors of the economy and stifle growth. Constrained investments lead to suboptimal resource productivity as a result of a lack of technological developments and innovation.

This article was originally published in Busines Insider.