BERLIN: German insurance company Allianz says it has made initial payments in connection with the missing Malaysian Airlines plane. 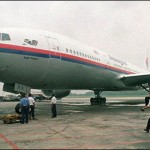 Allianz´s global head of communication Hugo Kidston confirmed Wednesday that the Munich-based insurer and “other co-reinsurers of Malaysia Airlines aviation hull and liability policy have made initial payments.

“Kidston said the payments were in line with normal market practice and contractual obligations when an aircraft is reported as missing. He declined to say how much money the company had paid already and didn´t give any further details on who exactly received the money.

Search crews from 26 countries are looking for the plane that vanished early March 8 with 239 people aboard en route from Kuala Lumpur to Beijing.