PHNOM PENH (Cambodia) — The first four asylum seekers who have been held on Australia’s behalf on the Pacific island of Nauru arrived in Cambodia early Wednesday. In a controversial and secretive deal signed last year that will cost Australia more than $40 million, Cambodia agreed it would take in those denied resettlement in Australia.

The four had previously been in an Australian-run immigration detention center on the remote South Pacific island of Nauru. Out of the 677 people there, they were the only ones so far to take up the voluntary resettlement offer under the deal which was struck between Australia and Cambodia last September.

Two Iranian men, an Iranian woman and a man from the persecuted Rohingya minority in Myanmar were met by immigration officials at Phnom Penh’s airport on Thursday.

“We welcome them and we wish them luck in our country, we are a country of no discrimination and we include these newcomers, to build the country together,” Cambodian government spokesman Phay Siphan said.

Cambodia was to receive 40 million Australian dollars (27 million euros, $31 million) in exchange for resettling people who had attempted to seek refuge in Australia. Canberra was also to pay transportation costs. The International Organization for Migration was helping the four refugees to set up new lives.

Under the controversial deal, Australia will pay all resettlement costs for a year. Those who accept will receive thousands of dollars in cash, language and skills training, and health insurance.

The deal has been deeply controversial both in Australia and abroad.

It’s part of a wider plan championed by Australian Prime Minister Tony Abbott to stop illegal boats packed with migrants, refugees and asylum seekers from making the dangerous journey to the country. His plan involves turning boats back, sending rescued migrants to offshore immigration detention centers and making clear that anyone trying to reach Australia in that way would not be allowed to settle there, even if deemed to be genuine refugees.

The controversial deal has been decried by rights groups and refugee advocates, who have criticised Cambodia’s record of treating refugees poorly. The agreement was signed at a ceremony in Phnom Penh in September by the Cambodian interior minister, Sar Kheng ,and Australia’s then-immigration minister, Scott Morrison.

Rights groups have slammed Australia for sending its refugees to much poorer nations like Cambodia – which is often in the spotlight for human rights abuses and whose economy is far smaller than Australia’s.

“These four refugees are essentially human guinea pigs in an Australian experiment that ignores the fact that Cambodia has not integrated other refugees,” Phil Robertson, deputy Asia director of Human Rights Watch said.
Suspected asylum seekers arrive at Christmas Island, after receiving assistance by Australian Navy, on October 13, 2012 on Christmas Island.

Amnesty International Australia said in a statement that Cambodia had a poor track record of protecting asylum-seekers and called on Canberra to cease its transfer program. Australia’s policies have copped criticism from United Nations agencies. 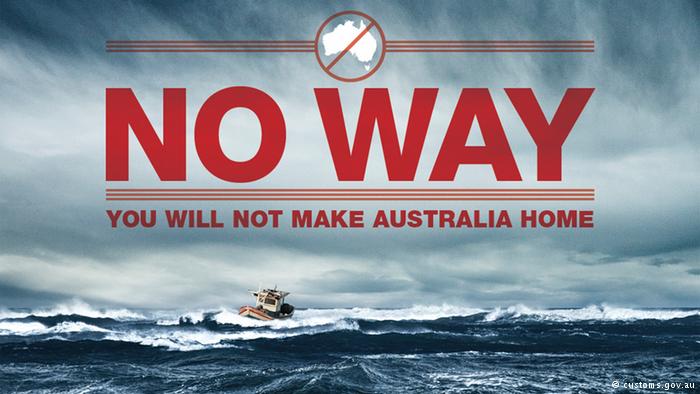 In a video in April, Australia’s Immigration Minister Peter Dutton told the detainees on Nauru their choices were limited to remaining on Nauru for another decade or moving to Cambodia.

“I want to make it very clear to all refugees and transferees in Nauru that you will not under any circumstances be settling in Australia,” said Dutton. “This is not an option that the Australian government will ever present to you. Cambodia provides you with a chance to start afresh, a chance to begin a new life. This is your only long-term settlement option.”

More than 600 refugees and asylum-seekers are thought to be on Nauru; hundreds more are in detention on Papua New Guinea’s Manus Island under an arrangement with Australia. Most are believed to be from countries in South Asia and the Middle East.