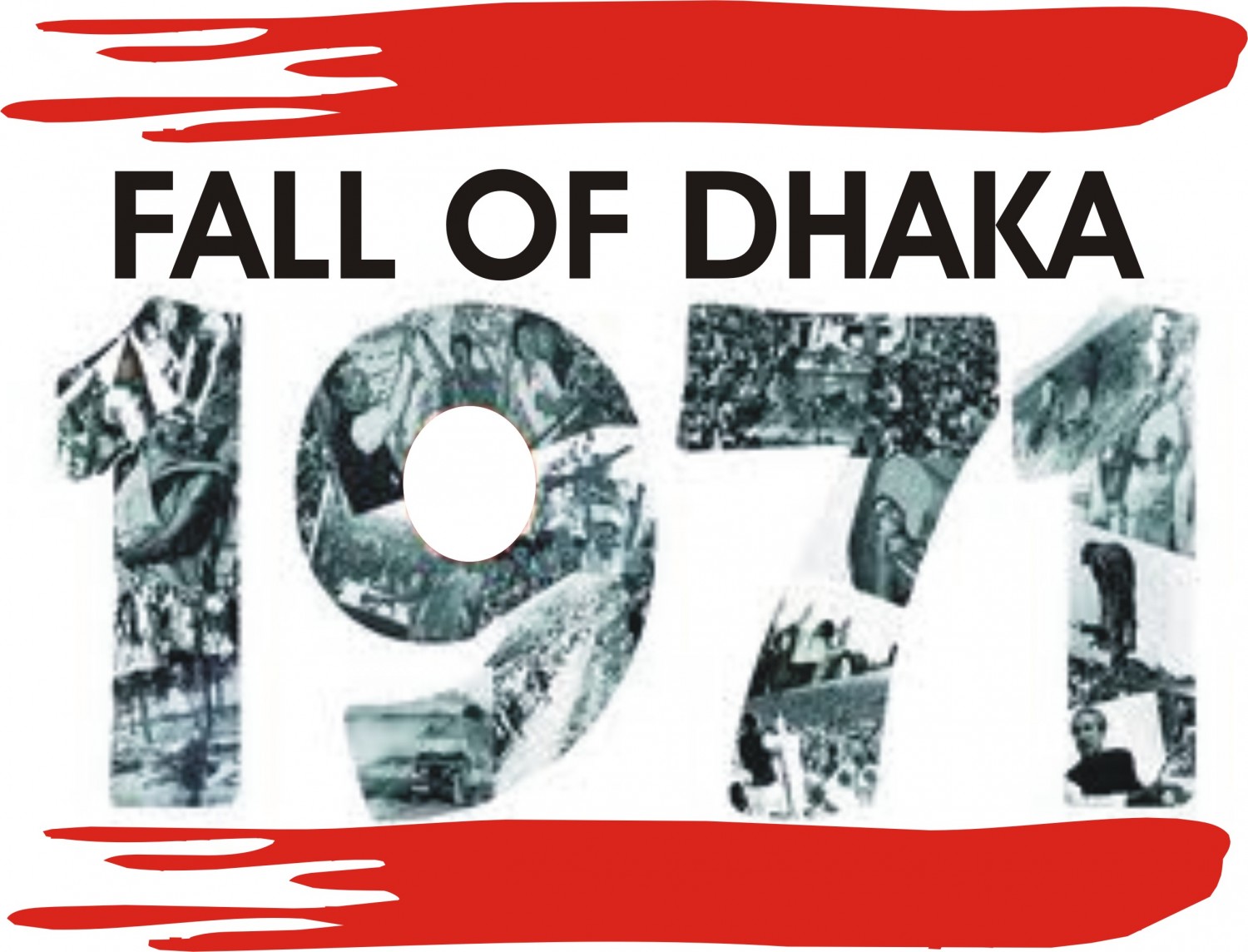 December 16, 1971 is embedded in the history of Pakistan as a ‘black day’. Despite winning liberty unitedly, the first twenty-four years of independence of Pakistan gave rise to surprisingly varied ‘political cyclones’, ensuing from the Arabian Sea to the Bay of Bengal. Results of elections in 1970 explicitly presented the political polarization that had developed due to incompetence and lack of forbearance of politicians. Yahya Khan‘s mediation for bringing Z.A Bhutto and Sheikh Mujibur Rehman on the same page failed. The bondage established between the Eastern and Western wing of the ideological state of Pakistan during the emancipation movement could no longer also be sustained by ‘religious cohesive forces’. This divergence received the attention of rival India, which fomented hatred in East-Pakistan. Indira Gandhi and her Congress were returned to power with a massively increased majority. Being a shrewd politician she viewed the hostile Bengalis as chips to avenge the Muslims. Indian instigation coupled with economic disparity and political differences, propelled Bengalis to drift away with their land (now known as Bangladesh). Apart from these causes that gave birth to Bangladesh, the political brawl in both arms of country also had a decisive role to play during the events of 1971.

No one doubts that the fall of Dhaka was the result of machination of the enemies of Islam. Pakistan was made the victim of a methodically planned international conspiracy. Notwithstanding the ignominious role of outside powers, we cannot go on blaming singularly others for our shortfalls. Conspiracies hit governments that are corrupt and lack the character traits of sound leadership. East Pakistan grew up as a misled nation easily swayed by the Hindu brainwashing. Their emotional nature saw Indian Hindus as their saviours against their pre-supposed ‘West Pakistani Masters’. This is where they blundered and demonstrated political naivety and unawareness. The misled emotional Bengali political leaders exploited the poverty and illiteracy of the masses of East Pakistan. What made both external conspiracy and aggression possible was the existence within of a group of people led by Mujibur Rehman who were prepared to sell their country’s independence. It is a fact of history that only nine percent Bengali Muslims under the sway of Mujibur Rahman wanted independence.

Sheikh Mujibur Rehman and ZA Bhutto worked hard to make the Indian game plan of amputating Pakistan succeed. Mujibur Rehman duly patronised by India misled the otherwise loyal people of East Pakistan from the concept of united Pakistan. Bengali nationalism that had peaked in the wake of postponement of National Assembly inaugural session scheduled for 3rd March 1971 could not be reined in despite concerted efforts by the military regime to assuage their aggravated feelings. Sowing of seeds of conspiracy to its final flowering in 1971 had been leavened by the creed of Bengali nationalism.

It was irony of fate that the very people who were in the vanguard of Pakistan Movement took up arms to destroy the very country, which they themselves had helped to create. Exploiting East Pakistan’s differences in language, dress, habits, food and culture from other provinces of Pakistan and India subtly convinced Bengalis that their cultural links were with West Bengal and not with West Pakistan. They took 24 years to wean away the people of East Pakistan from the concept of united Pakistan and to make them look towards India – their erstwhile tormentors – to help them gain independence.
The misled people of East Bengal accepted India, from whose shackles freedom was achieved in August 1947 after such a long struggle, as a saviour and a mentor. Mujib shamelessly started a witch-hunt against so-called collaborators.

The Hamoodur Rehman Commission Report cites, as media reports, that incompetence, moral degeneration and political conspiracies were the major reasons for the 1971 debacle. It was maintained in the Report that the defeat suffered was not a result of scanty military factors alone, but had been brought about as the cumulative result of political developments that took place between 1947 and 1971. Looking at the other of the other side of the story one finds that the politcal leadership then was actually the real culprit. It was Zulfiqar Ali Bhutto‘s party which got 82 of the 138 seats allocated to the four provinces in West Pakistan but neither of them were represented in East Pakistan. Setting aside the slogan raised by him “Idher ham udher tum”, he even threatened the members of the Assembly from West Pakistan that he would ‘break their legs’ if they attended its inaugural session in Dhaka, East Pakistan, and if they insisted on attending they must buy a one-way ticket.

Such step motherly treatment further increased the grievances of the people of East Pakistan and a justified separation movement emerged from their side, however at that time Pakistani Military had no other option but to supress the movement in order to save the territory of Pakistan while Bhutto on the other hand kept misguiding Yahya Khan that ended up on breaking the nation and massive bloodshed in the history of mankind.

Perceived as a ‘Hero’ amongst certain sections of Pakistanis for his political moves which on the contrary proved to be nonsensical and led the country into a chaotic humdrum. His senseless steps of nationalization of the economy and confusing steps of implement Islamic socialism. To remain in power Bhutto took decisions which caused irrevocable damage to the social and political structure of the country. This sheer lack of statesmanship of politicians and their policies set for East Pakistan were indeed biased and based on self interests, who never took the people of East Pakistan as their own since day one and as a result both the countries parted their ways. Inability of politicians to lead this nation and structure it strong worked as a major catalyst to the freedom movement in East Pakistan.

Moreover India and the Hindus residing in former East Pakistan sowed the seeds of destruction of East Pakistan and the self-serving politicians of Pakistan nurtured the crop. The circumstances between 1948 and 1971 appearing on the political canvas of Pakistan placed a shallow political leadership in the saddle during the 1971 crisis, which could not save the sinking ship. While the sinking could be delayed but the final outcome was inevitable. It is generally believed that prolonging the war by another fortnight or so and allowing the United Nations to find some workable solution could avoid the premature surrender and thus save the honour of Pakistan Army.

Unfortunately, we as a nation have failed to carry out true and objective analysis of losing East Pakistan. However it didn’t take long for the people of Bangladesh to realize that they were duped. A military coup led by Maj Farooq and Maj Rashid killed Mujibur Rehman and his 23 family members and dumped their bodies in a mass grave in August 1975. But instead of taking revenge from those who had killed her father and family members, Hasina Wajid chose to persecute Jamaat-e-Islami members who had remained loyal to the concept of one Pakistan till the very end. Hanging aged Jamaat chief Abdul Quader Molla on dubious charges of rape and mass murder after 42 years has saddened everyone in Pakistan and brought the rampaging Islamists in Bangladesh on the streets. They assert that it was a political murder and will be avenged. Hasina’s days in power are numbered and the countdown has begun.