An event of siege, terror and killing carried out by Haron Monis in the heart of 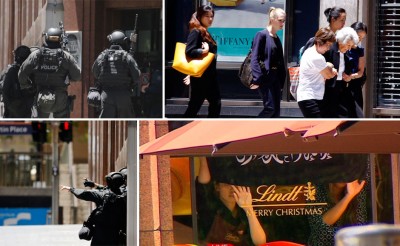 Sydney business district has been an eye-opener for the Islamic Community in Australia.

Haron was shot down before he killed two innocent people, a lawyer and a manager of the Café.

Haron Monis had a bizarre criminal history with over 40 offence charges including sending abusive & threatening letters to Australian soldiers, murdering his own former wife, and many sexual assaults on women on the name of spiritual healing. He called himself a ‘Sheikh’ (an Islamic leader) and many might have been following him. Obviously he was not a psyche or mental ill character instead a smart man who knew how to use religion, his own community and (Australian) national issues for his own popularity and making a place in the Islamic Community.

The incident left two very critical issues here; one relates to the Islamic Community and second is about the Australian Judicial System.

How come the Islamic community has been so ignorant about him despite of the fact that he has over 40 serious charges in his account? How come he used to participate in community/public gatherings and processions representing himself as a leader or spokesperson of Islamic community? How come he continued his activities as a spiritual healer when he was charged with molesting women?

The incident must be a lesson for the members of the Islamic community that they should look at the profiles of these people who are self-claimed leaders. For example; what they were doing before they came to Australia, how they came and became permanent resident. If they are called themselves ‘Sheikh’ then what is their religious and other qualifications and so on. Having a beared, Islamic turban and traditional dress should not automatically make them a sheikh, community/religious leader.

Monis arrived in Australia as a refugee from Iran in 1996. Haron’s entire history in Australia is a shame for Islamic community. He received popularity, first time; he was convicted of sending offensive letters to the families of Australian soldiers who had died in Iraq and Afghanistan. At that time, he tried to get sympathies from the members of the Islamic community as being a true sympathiser of Iraqi victims. Since then he called himself as Sheikh and acted as a representative of Islamic community yet the community was ignorant of him as being leader.

On his personal website, Haron called himself as Sheikh Haron and Mohammad Hassan Manteghi. He posted an anti-Australian rant on his personal website just a day before he launched this event of terror.  Haron’s intention was clear he wanted publicity on national media using religious slogans. He used Islamic inscription (Kalma) on the black flag and forced a hostage to on a glass-window. Basically, he wanted to get attention of the national and international media by using an Islamic slogan. As soon as the media started live coverage of the incident and showed an image a hostage of an Islamic banner he asked a hostage to hold and show to the people from a glass-window, everyone related the incident with ISIS or Islamic terrorism. Media anchors and commentators started to talk about Islamic terrorism, Caliphate in Australia etc and the people especially in the Islamic community shattered when they saw the images.

This is what happens when community make their leaders without merit and proper scrutiny.

Now the members of the Islamic community have to look into their own backyard and find out how many Haron still exist in the community.

This is the time now for the members of the Islamic community to look into the profile of the people who claim themselves as Islamic and/or religious leaders. Most of them became the leaders by their own.

Australians are shocked when they came to know now that Haron Monis was on bail on over 40 criminal offences including murder, sexual assault and threatening armed forces. Therefore, the issue here is that there is a big question mark on the Australian judicial system. How can anyone repeatedly commit crimes and get away on bail from the court of law?  If Haron Monis would have refused the bail on his offences this incident wouldn’t have happened and two innocent lives would have not been lost.

Furthermore, people like Haron come to Australia on humanitarian or asylum grounds by manipulating the incentives offered by Australia to those asylum seekers in trouble countries who are genuinely in a need of a shelter. Therefore, without discriminating the people of any particular country or religion, the government has to make the process of scrutiny of applicants’ full-proof rather than reducing or outlawing asylum seekers.

Coming back to the incident, it is good to see that there has been high level of bonding and integrity demonstrated by the people of Islamic and non-Islamic communities with everyone remaining calm and quite. It is heard that leader from Christian and Jewish faiths met with Imam at Lakemba Mosque. This should be appreciated and these kinds of activities required more in our multicultural and multi-faith society. 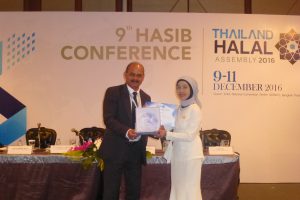